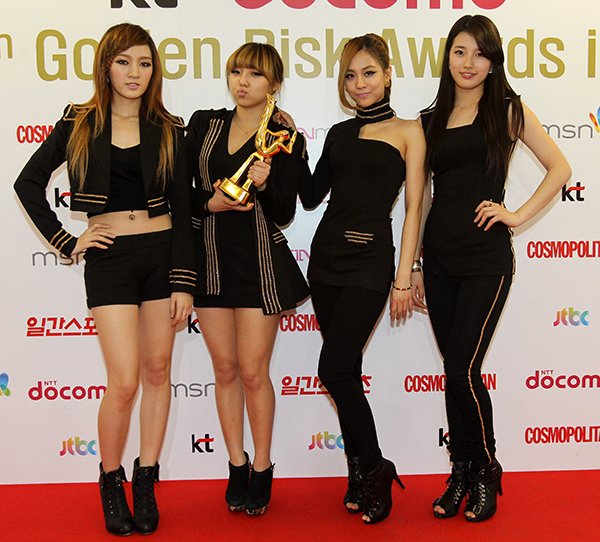 
Miss A has released an EP titled “Independent Women Pt. 3,” and the group explained that it’s sort of a tribute to their role model, Destiny’s Child.

During an interview with the Yonhap News Agency, the quartet said that the new EP is about “women of today who are independent and able to stand on their own.”

The girls said that the release was “a sort of homage” to the U.S. R&B group, which released songs like “Independent Women” in two parts.

Pei, in particular, said that since she’s lived in a dormitory since age 14, she’s always been quite independent, thus was able to relate to the album.

Meanwhile, Suzy also mentioned that although she’s only 18, she’s recently purchased a cafe for her parents, who have run a snack shack for a long time.

“There are so many girls who live without any pride and rely solely on others to get by,” said Suzy on the reason for the album’s theme.

“I just want to tell girls my age that they should dream big and live the lives they want to live,” she added.