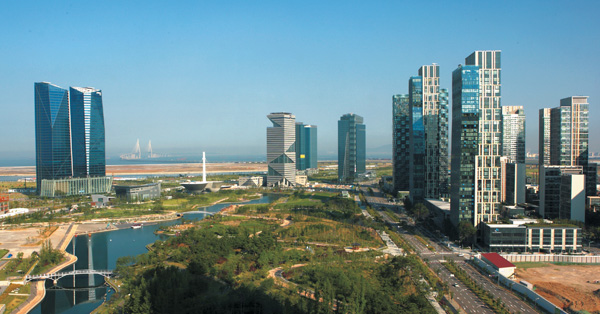 The Green Climate Fund is about to make its final decision on its secretariat. To address the worldwide climate change issue, massive funding and its proper management is required and that’s where the Green Climate Fund comes in. At the second board meeting of GCF slated to take place starting Oct. 18 in Songdo International Business District in Incheon, candidate locales for the secretariat will be decided.

Green Climate Fund was founded within the fabric of the United Nations Framework Convention on Climate Change as a mechanism to transfer money from the developed to the developing world in order to assist the latter in adapting damage mitigating practices to counter climate change. The fund aims to raise $100 billion a year by 2020, a total of $800 billion. The fund size is estimated to be similar to that of International Monetary Fund, which has $845 billion, and will elevate GCF’s status on rank with that of World Bank and Asian Development Bank.

Incheon’s Songdo, a green city with planned low-carbon output, is in the race to host the GCF along with Bonn and Geneva.

What draws GCF to Songdo

From the onset of planning, Songdo, an international business district, was designed with the environment in mind. It utilizes renewable energy and is equipped with advanced IT technology and Ubiquitous computing. The city has plenty of natural resources and dynamic structures, including its futuristic intracity transportation, making it a leading international city of sustainable development. Also it has been working actively to cut down greenhouse gas emission. Songdo’s dogged pursuit of sustainable green growth make it an idea home for GCF. 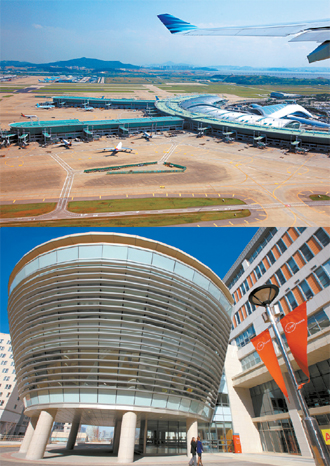 Top: Incheon International Airport, which offers direct flights to 182 cities, is only a 20-minute drive from Songdo. Above: Panoramic view of SUNY Korea campus, located in Songdo

Incheon is a key location of transportation with world’s leading international airport and international port, and it has already secured the accessibility fit for international organizations. Songdo is just 20 minutes away from the Incheon International Airport which connects to 182 cities in the world with direct flights. The city is just 28 kilometers (17 miles) away from Seoul and is just 40 minutes drive from Gangnam, a posh tourist attraction in southern part of the capital city.

The city is well-connected with Ubiquitous computing with the best IT infrastructure, providing high quality logistical support for businesses. With many foreign investors putting great faith in Songdo, many domestic conglomerates like Samsung and Lotte are investing more and more in the city.

In addition, Songdo Convensia, a convention center with the world’s best facilities, and luxury hotels like Sheraton are ready to greet the international organization staff and foreigners visiting for global summits and seminars. 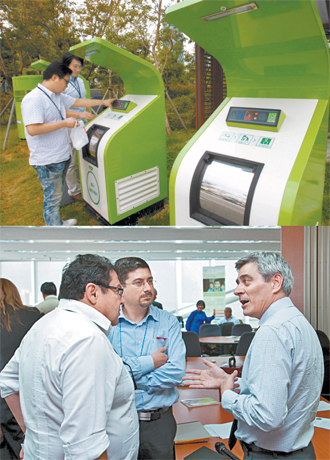 There are many projects underway in Songdo like reusing some 40 percent of sewage water, and reusing 76.3 percent of its waste in Songdo. The city also earned the LEED certificate from United States and has the largest portion of green land in Korea, with 32 percent. There is also the Songdo Central Park modeled after the Central Park in New York City. There are many other parks such as Haedoji, Michuhall, Saeachim, Sinsong Dalbit parks which offer fresh air and resting areas for the businessmen in Songdo.

I-Tower, an exclusive building for the United Nations, where you can work while looking over the Songdo Central Park and with an ocean view, is scheduled to be completed by February 2013. I-Tower has received a first class designation in energy efficiency, spans 925,071 square feet with 33 floors with two underground floors. I-Tower will become home to some 10 international organizations such as the UN Asian and Pacific Training Centre for Information and Communication Technology for Development, UN International Strategy for Disaster Reduction and GCF. Incheon will lease 15 floors of I-Tower for free of charge to GCF and support office supplies.