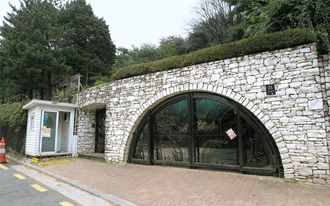 A team of independent prosecutors was launched yesterday to look into suspicions over a retirement home project of President Lee Myung-bak, following Lee’s endorsement of the special counsel last month.

The special investigation team led by the special prosecutor, Lee Kwang-bum, held an inauguration ceremony and embarked on investigating on-going suspicions of irregularities over the now-canceled project to build a residence for President Lee to move into after leaving office early next year.

“The special investigation team will uncover the truth without a single doubt left behind,” Special Prosecutor Lee said during a brief meeting with reporters on the sidelines of the ceremony. 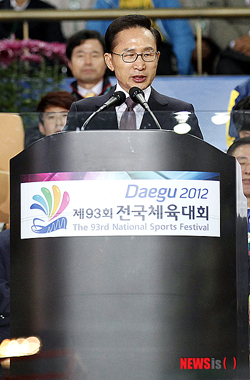 The scandal centers around a deal last year to buy land in Naegok-dong on the southern edge of Seoul for a retirement home for Lee and auxiliary facilities for security personnel there. The land was bought jointly by Lee’s 34-year-old son, Si-hyung, and the presidential security service.

However, it was later revealed that the cost was not shared evenly, with the security service paying a high price for the site for security facilities in what the opposition parties claimed was a scheme to allow the son to profit from buying the site at a below-market price.

The presidential office has flatly rejected suspicions it was an illicit scheme to help Lee’s son profit. Lee later scrapped the project and decided to move into his existing private house in Nonhyun-dong in southern Seoul after leaving office.

The rival parties sought the special investigation after prosecutors wrapped up an inquiry into the scandal in June this year without filing charges against anyone involved.