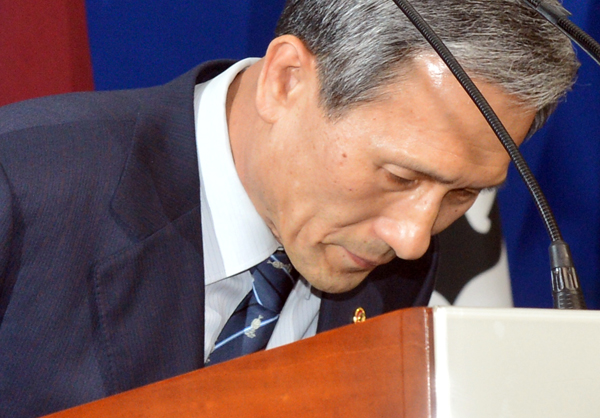 Minister of National Defense Kim Kwan-jin bows in apology yesterday after a North Korean soldier crossed through the land border into the South earlier this month. [YONHAP]


Minister of National Defense Kim Kwan-jin made a public apology yesterday over the undetected defection of a North Korean soldier crossing through the land border early this month and announced disciplinary measures against related officials to prevent it from happening again. 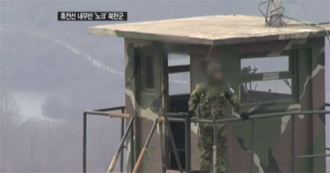 “Based on a thorough examination of what happened that day [on Oct. 2], I acknowledge that there was a complete failure in security operations and flaws in the emergency reporting system,” Kim said yesterday during a press conference held at the Defense Ministry in Yongsan District, central Seoul.

“I deeply apologize as defense minister for having caused public concern.”

The military has been under fire recently for what is considered one of the biggest border security breaches in years. It was unaware of the North Korean soldier until he knocked on the barracks door of the South’s frontline unit in Goseong, Gangwon, after climbing over the South’s barbed wire fence. 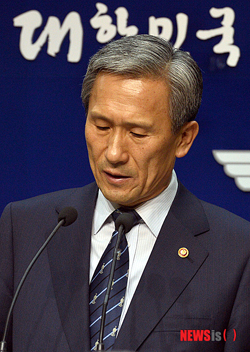 He also climbed over two barbed wire fences on the northern side of the Demilitarized Zone. The soldier is reportedly known to have defected out of fear of retaliation after he assaulted his superior.

“The military wasn’t able to promptly inform the people [about the incident], causing confusion,” Kim said.

Initially, military officials reported that the soldier had been detected by surveillance cameras and was taken into custody, but a special investigation team under the Joint Chiefs of Staff later found that the camera was not working at the time of the incident and the soldier was left undetected until he knocked on the door.

Considering the seriousness of the incident, Kim said there will be stern punishment of military commanders and senior officials.

According to Marine Corps Maj. Gen. Lee Young-joo, who was in charge of the special probe, 14 officials responsible for the incident, including five general-level officials and nine midlevel officers on frontline units, will face disciplinary action.

It is the harshest punishment in the military regarding a border security failure to date. The punishment comes after lawmakers last week strongly criticized Kim for the incident. President Lee Myung-bak also called Kim to the Blue House and reprimanded him over lax military discipline and urged him to punish those responsible.