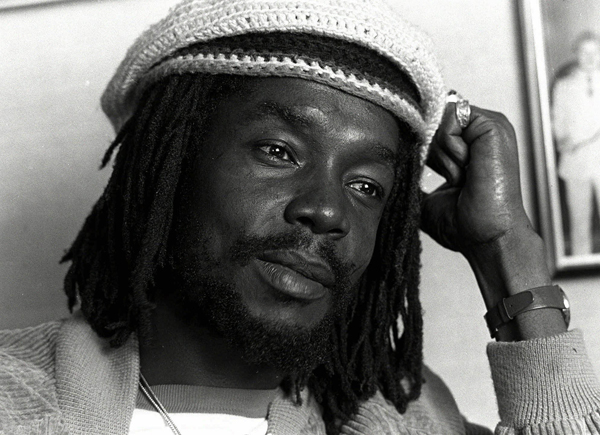 KINGSTON, Jamaica - Twenty-five years after his murder, Jamaica’s government on Monday honored the contributions of firebrand reggae musician and songwriter Peter Tosh, one of the Caribbean island’s musical giants.

Tosh’s daughter Niambe, an educator from Boston, received the posthumous “order of merit’’ - Jamaica’s third-highest honor - on behalf of her father during an annual national awards ceremony on the lawn of King’s House, the residence of Jamaica’s governor general.

Tosh was a founding member of the Wailers, forming the three-man core of the group with Bob Marley and Bunny “Wailer’’ Livingston. Hard-hitting solo albums like “Equal Rights’’ and his work with the Wailers helped make homegrown reggae music known internationally. He was cut down at the age 42 in 1987 by robbers in his Jamaican home.

The always outspoken, defiant Tosh was known for forcefully denouncing apartheid and government corruption, and calling for the legalization of marijuana. Musical colleagues and fans say the lanky, baritone singer and guitarist was a mesmerizing performer with a charismatic, larger-than-life personality.

Tosh is perhaps reggae’s most controversial figure. During the government-organized One Love Peace Concert of 1978, Tosh accused Jamaica’s political leaders and the middle class of backing police brutality and politically charged gang warfare in a legendary 20-minute diatribe. The Jamaican media severely criticized Tosh for the speech, delivered to an audience that included 200 foreign journalists and the prime minister.

For his uncompromising views and insistence on openly smoking marijuana, the Rastafarian musician was severely beaten by police on several occasions, sustaining 32 stitches in his head, a broken rib, a fractured arm and a punctured spleen.