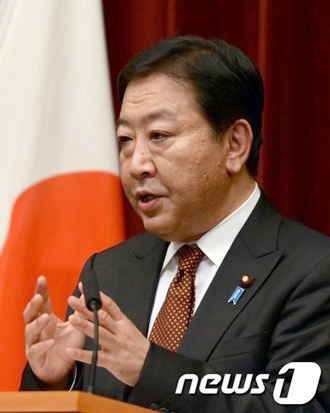 The Korean government raised the issue of the so-called “comfort women,” who were forced into sexual slavery during World War II, at a United Nations committee meeting in New York on Monday, pressuring Japan once again to officially apologize over its wartime misdeed.

According to Seoul’s Ministry of Foreign Affairs and Trade yesterday, Shin Dong-ik, deputy chief envoy to the UN, addressed the seriousness of the issue of sexual violence against women during wartime.

The address was made at the third committee of the UN General Assembly, where agenda items related to social and humanitarian affairs as well as human rights issues are raised. Shin, in particular, raised the issue of sexual slavery forced by the Japanese military during the war and called for more international attention.

The Korean representative also stressed that the legal responsibility Japan holds has not been carried out yet, countering Japan’s claim that the issue of reparations was cleared through the 1965 bilateral treaty that normalized ties between Korea and Japan.

Responding to Korea’s remarks, Japan, while expressing regret for the victimized women, said the issue of comfort women has been legally solved, and compensation was provided through the private Asian Women’s Fund, repeating its earlier claims.

A majority of the victims of wartime sexual slavery didn’t accept the compensation from that fund because it only emphasized humanitarian support, and not legal responsibility.

Korea, however, responded by saying that the comfort women issue involves crimes that go against humanity and cannot be considered as resolved through the 1965 bilateral agreement.

The Seoul government has been demanding an official apology and compensation for the women based on legal responsibility, but Tokyo has insisted that the issue was settled with the 1965 treaty.

Kim Sook, Seoul’s ambassador to the UN, said later, “The overall pressure level on Japan of our address has become slightly higher [than last year].”

“It’s meaningful in that we reconfirmed that it is difficult to find a fundamental solution to the problem unless the Japanese government takes a more active attitude [toward] Korea’s demand,” Kim said.

In September and November of last year, Korea officially proposed a bilateral meeting on the subject of comfort women to Japan but Tokyo didn’t respond, according to an official from the Foreign Ministry.