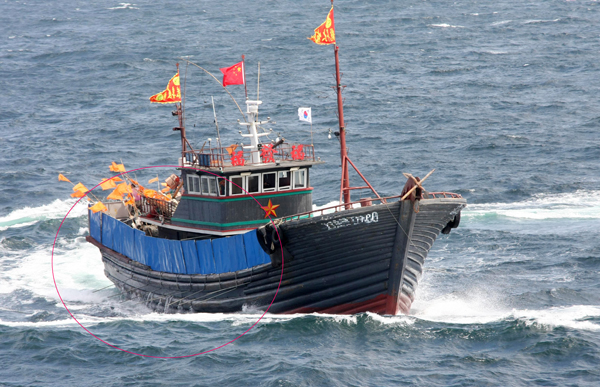 A Chinese fishing boat trawls in Korean waters off of the southern island of Jeju on Sept. 24, as confirmed by the Korea Coast Guard yesterday. Around 10 vessels from China were spotted illegally fishing on the Korean side of the exclusive economic zone, and the Korea Coast Guard approached them for inspection. The boats were armed with wrought iron bars along the sides, leading the guards to fire grenades at the cabins to push them out of Korean waters. Provided by Jeju Coast Guard