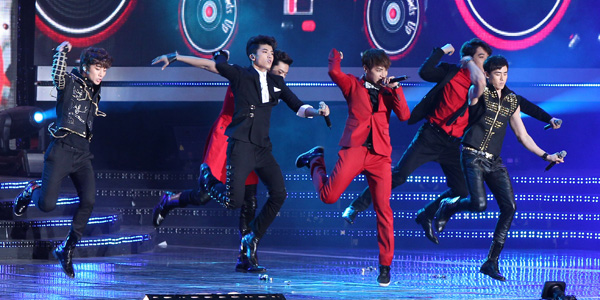 
2PM will launch its fifth official Japanese EP, “Masquerade,” on Nov. 14.
The EP has already topped the pre-order chart on the Tower Records Web site and also was the most downloaded ringtone on Recochoku.com, which sells digital music files in Japan.

In addition, the group will embark on a Japanese arena tour next year from Jan. 11, making its way around six venues and performing for 150,000 fans.