Johnny Depp gets into publishing

Johnny Depp gets into publishing 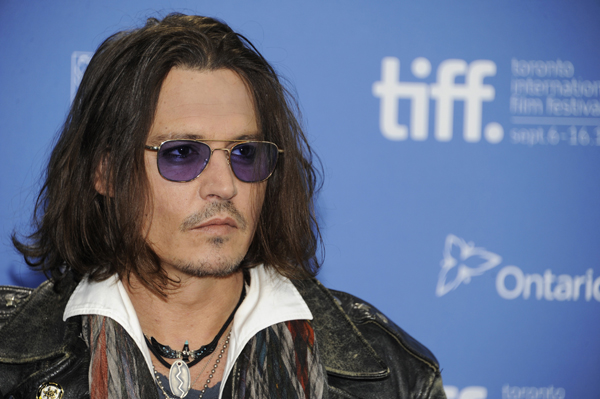 NEW YORK - Johnny Depp is adding a new hat to his collection -publisher - with the launch of a new book imprint in conjunction with HarperCollins, the company said Tuesday.Depp, the Oscar-nominated actor known for “Edward Scissorhands,” “Pirates of the Caribbean” and “Dark Shadows,” will focus on books that reflect his interests and passions, providing a home for “outspoken and visionary ideas and voices,” HarperCollins said.

Depp said in a news release that the new imprint would “deliver publications worthy of people’s time, of people’s concern .?.?. publications that might ordinarily never have breached the parapet.”

One of titles under the new imprint, called Infinitum Nihil, will be “The Unraveled Tales of Bob Dylan,” by Douglas Brinkley, and promises to set the record straight on countless Dylan issues. It is scheduled to be published in 2015.

“Johnny and I thought the Dylan book was the ideal way to inaugurate Infinitum Nihil,” Brinkley said in the HarperCollins release. “Bob has been very warm and forthcoming with us. His music has inspired us both deeply since we were teenagers.”

Depp and Brinkley have collaborated in the past, co-writing the Grammy Award-nominated liner notes for the documentary “Gonzo: The Life and Work of Dr. Hunter S. Thompson.”

Guthrie finished the book in 1947, but the manuscript remained in his archives. The book is set in the Texas panhandle of the 1930s amid the struggle between private citizens, banks and corporate interests.

Depp and Brinkley, author of the Walter Cronkite biography “Cronkite,” will pen an essay to introduce the novel.