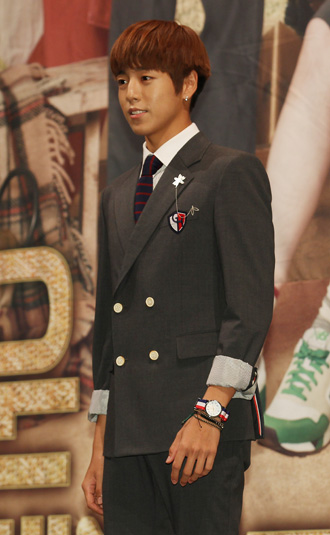 The star of “Beautiful You,” Lee Hyun-woo, visited some 5,000 fans in Singapore and Malaysia on Oct. 14.

Keyeast Entertainment announced that Lee first stopped off at a large shopping complex in Kuala Lumpur, Malaysia, where more than 2,000 fans turned up to hear Lee speak about his drama and behind-the-scenes anecdotes.

Various local media were in attendance and directed questions at the young actor.

Lee then relocated to Singapore, where he met with more than 3,000 fans and gave interviews.

“Because he said ‘hello’ in Korean, English and Chinese, fans were pleased,” said a spokesperson from his agency.

Meanwhile since being back, the 19-year-old child actor has been busy filming his latest movie “Covertness” alongside Hallyu heartthrob Kim Soo-hyun.