Miss A to live through car crash

Miss A to live through car crash 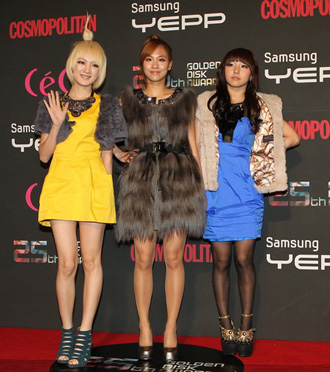 Miss A showed a brave front as its agency announced that despite being involved in a car crash on Oct. 16, the promotional activities for the group’s new EP will go on.

On the foresaid day, the group was making its way to record a music program at Sangam-dong, western Seoul, when its vehicle collided with another.
The girls were taken to a hospital but no one sustained serious injuries. Although the group is waiting on test results, the agency said that it seems like there was no major harm done and that the schedule will remain unchanged.

Miss A will perform its new song “Can Live Without Men” on Mnet’s “Countdown” on Oct. 18 as planned.
By Carla Sunwoo [carlasunwoo@joongang.co.kr]