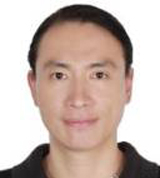 The Chinese government on Tuesday officially asked Korea to send the Chinese man Liu Qiang, 38, who was arrested earlier this year for throwing four Molotov cocktails at the Japanese Embassy in Seoul, to Beijing after he is released from jail next month.

“The Chinese government highly considers this issue [involving Liu] as being important and [we] hope Korea solves the issue in a fair and proper way so that the person involved [Liu] is assured reasonable and legitimate rights,” Hong Lei, spokesperson for the Chinese Foreign Ministry, said on Tuesday.

Liu, who is from Guangzhou, was arrested and charged by Seoul police officials on Jan. 8 for throwing fire bombs at the Japanese Embassy in Junghak-dong, central Seoul. He received a 10-month jail term and will be released on Nov. 8.

His maternal grandmother was a South Korean from Pyongyang who was forced into sexual slavery by the Japanese military during World War II and Liu said he threw Molotov cocktails at the embassy out of anger.

Liu had criticized Japan’s lack of dedication toward resolving the so-called “comfort women” issue with Korea and other wartime misdeeds.

When he was arrested in Seoul in January, he also confessed that he set a fire in December, last year, at the Yasukuni Shrine in Tokyo.

After his confession, Japan asked Korea to hand over Liu after he is released, based on a bilateral treaty signed in 2002 regarding criminal transfers.

Beijing has appealed to Seoul several times through unofficial diplomatic channels that Liu be sent back home and not to Tokyo, emphasizing a “humanitarian” approach. The first time China asked Korea officially was during the Foreign Ministry’s regular briefing.

With both China and Japan pressuring Korea, Seoul’s Foreign Ministry is now placed in an awkward position.

“The decision [of where to send Liu] hasn’t been made yet,” said Cho Tai-young, spokesman for Seoul’s Foreign Ministry on Tuesday.

“We will make a decision considering both domestic and international laws, as well as a humanitarian approach [in handling the issue].”