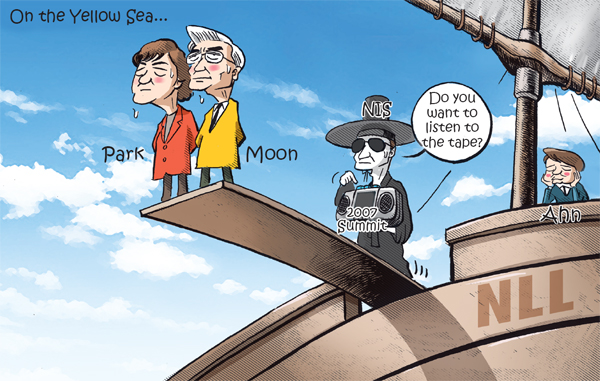 Amid the vehement fights between the two campaigns of the ruling Saenuri Party’s Park Geun-hye and her rival Democratic United Party’s Moon Jae-in, the JoongAng Ilbo reported that the National Intelligence Service recorded what was exchanged between President Roh Moo-hyun and his North Korean counterpart Kim Jong-il at a Pyongyang summit in 2007 over the thorny issue of the Northern Limit Line.