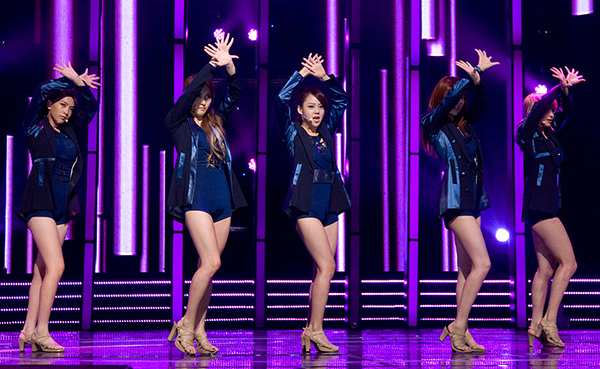 
KARA claimed two feats in on one day while in Japan.

After launching its seventh single “Electric Boy” on Oct. 17, the single topped the Oricon daily singles chart the following day.
The record sold more than 28,604 copies in 24 hours, and if that wasn’t enough, the K-pop girl group announced that it will perform at the Tokyo Dome next year.

After just three years in Japan, the group will become the first Korean girl group to hold a solo concert at the 50,000-capacity venue on Jan. 6.

Although male acts from Korea like TVXQ, Big Bang and Rain have all performed there, this marks the first time for a girl group.
By Carla Sunwoo [carlasunwoo@joongang.co.kr]