KFDA audits clinics with increase in propofol use

KFDA audits clinics with increase in propofol use 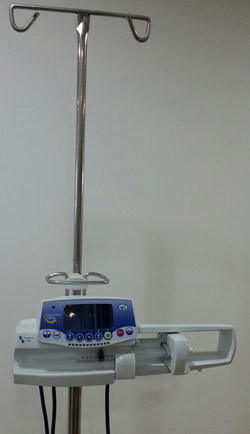 After the government stated it will crack down on the misuse of propofol and other narcotic drugs earlier this week, the food and drug safety watchdog stated it began inspection of clinics and hospitals in Seoul.

The Korea Food and Drug Administration (KFDA) yesterday said that it drew up a list of 100 hospitals and clinics in Seoul that have drastically increased their distribution of propofol over the past year and is in the processing of inspecting them.

Those clinics on the KFDA list have to submit records about propofol usage along with patient charts. Kim Sung-jin, of the KFDA narcotics division said, “The first round of inspection will end at the end of October,” and second-round inspection will spread nationwide.

They will target five Gangnam clinics that have provided propofol to celebrities that are also currently under prosecutors’ investigation.

Prosecutors yesterday demanded a one-year sentence for TV personality Amy who was arrested in April for the alleged illegal possession and usage of propofol.

The 30-year-old minor celebrity, who has made sporadic appearances on variety shows, was found collapsed in a nail parlor in Gangnam District, southern Seoul, with an intravenous needle stuck in her arm and bottles of propofol in her handbag half a year ago.

She was also suffering from a case of acute hepatitis.

The highly addictive drug, called in Korean street slang “milk injection” for its milky appearance, is a hypnotic agent that is commonly used along with anesthesia in medical procedures and can be used for relaxation, sedation and in some cases recreationally for euphoria.

Prosecutors requested that the KFDA send records of propofol inventory and usage of five Gangnam clinics, including a dermatologist in Nonhyeon-dong and a clinic in Sinsa-dong, both in southern Seoul, that allegedly provided Amy and other celebrities unauthorized amounts of propofol.

The director of the Nonhyeon-dong dermatologist said, “[Amy] requested to be ‘injected with propofol every day,’ so we refused. He stated there had been an occasion when Amy had to be restrained when she tried to leave the clinic with her IV intact, and he said, “We tried to scold her but she constantly texted, ‘please let me be injected,’ and her symptoms of addiction did not get any better.”

Also being investigated by prosecutors is a male singer that had exchanged texts with Amy about using propofol and a used-car dealer who allegedly had introduced celebrities and composers to propofol.

The food and drug administration said the propofol market was worth 22.7 billion won ($20.5 million) last year, up from 17 billion the year before.