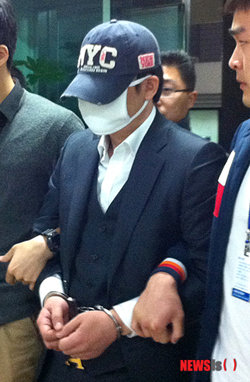 Police said Wednesday they arrested a man suspected of killing the ex-wife of a singer in a once-famous mixed trio group following a scuffle at a Seoul bar earlier in the day.

A 38-year-old man, whose name has been withheld, is suspected of wielding a deadly weapon and killing the 36-year-old former wife, surnamed Kang, of a trio member at around 2:00 a.m. on Wednesday at a bar located in the southern affluent Gangnam area, according to police. (Yonhap)