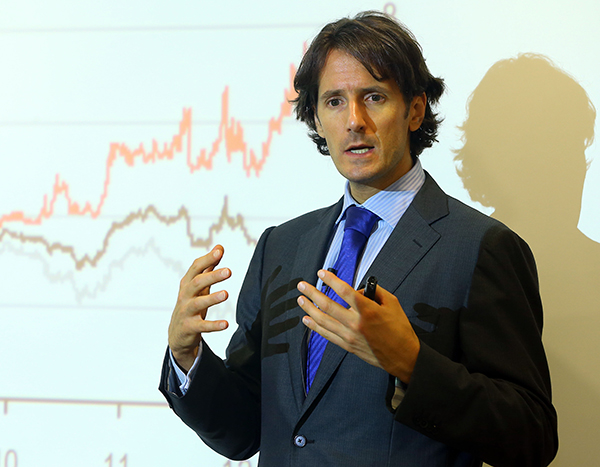 
HSBC Holdings said yesterday that Korea’s economy is likely to grow 3.8 percent next year after advancing 2.6 percent this year as exports will likely pick up on the back of China’s economic recovery.

Frederic Neumann, co-head of HSBC’s Asian Economic Research Center, said the economy will face a “challenging outlook for exports and industrial output” in the fourth quarter, but growth will likely pick up next year as Asia’s fourth-largest economy will benefit from China’s growth acceleration.

HSBC said that Korea’s exports, the backbone of the economy, are expected to fall 1.1 percent this year from the previous year amid the protracted euro zone debt crisis. But the growth of the country’s overseas shipments will accelerate to 11.6 percent next year.

The BOK cut the key interest rate to 2.75 percent in October, the second rate cut this year, in a bid to shore up weakening growth, beset by the protracted euro zone debt crisis and China’s slowdown.

HSBC predicted that the BOK will likely stand pat on the rate until the second quarter of next year, but the central bank is forecast to raise the cost of borrowing to 3.25 percent by the end of 2013.

Neumann said strong exports and capital inflows will likely continue to give strength to the Korean currency. The local currency hit a 13-month high against the dollar on Thursday, appreciating more than 4 percent so far this year.

“But I don’t think that [the won’s gain] will reduce competitiveness of exports as Korea is highly competitive,” he said.

He also said that one of the biggest long-term challenges facing Korea will be households’ growing debt, not the country’s high reliance on exports.

Neumann added that household debt problems will serve as “high growth risks, not financial risks,” as this crimps the government’s leverage for growth when exports are weak. Yonhap