Conglomerates and the consumers

Conglomerates and the consumers 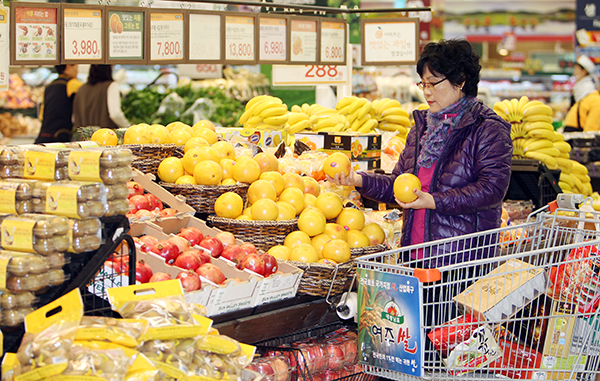 The year 2003 was President Roh Moo-hyun’s first in the Blue House, and it has become known as the “year of road maps.” The government announced detailed plans on the budget, taxation, labor management and real estate markets, to name a few initiatives. The objective was to create a predictable system by setting a schedule and creating a map in advance.

The Fair Trade Commission devised the market reforms road map. The internally circulated draft of the plan was far stricter than the latest conglomerate reforms. The FTC wanted to set in stone management structures for 11 conglomerates with more than 5 trillion won ($4.52 billion) in assets after three years. It had specific numbers. The objective was to virtually dissolve at least one of them, to turn four into holding companies and to make the rest under a nominal group structure.

However, the conglomerate reforms were not included in the final draft. The government and the industry had debates, and government agencies had different opinions. Public opinion was also divided. In the survey taken by the JoongAng Ilbo in January 2003, 52 percent of the respondents felt antagonistic toward the conglomerates while 44.8 percent held favorable views. More than half said they did not see the conglomerates as a positive influence, but there still was a considerable number of people who supported the structure. The premise of the debate was compromise and balance.

Conglomerate reform has become a controversial topic once again. Some research institutes and experts constantly set forth counterarguments and propose alternate plans. However, not many people are on the side of the conglomerates and large corporations this time around. In various surveys, eight out of 10 people responded that conglomerates should be reformed. Nine out of 10 respondents in their 20s and 30s say reform is necessary. You are either courageous or insensitive to say that the conglomerates have a positive impact on the economy these days.

The Korean consumer has made sacrifices and suffered from neglect for a long time. It is a structural problem. Consumers had to pay higher prices for domestic products when the same goods could be bought at cheaper prices if imported. The bigger companies grow, the smaller the consumer choice becomes.

The purpose of the market economy is to maximize consumer utility, and we have to ask ourselves whether the conglomerate system has successfully attained this goal. In an economy where consumers are kings, consumers do not turn their backs on companies. So, those that have failed to convince consumers to use their products should take a deep look in the mirror and ask, “Why don’t we have any allies?”

*The author is the deputy business editor of the JoongAng Ilbo.
By Kim Young-hoon