In Britain, being ‘uncool’ works in Samsung’s favor

In Britain, being ‘uncool’ works in Samsung’s favor

LONDON - Britain’s Court of Appeal has backed a judgment that Samsung’s Galaxy tablet computer is “not as cool” as Apple’s iPad - and therefore doesn’t infringe Apple’s rights. 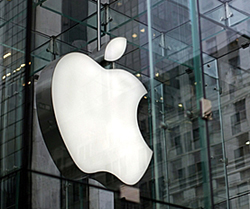 The panel’s upholding of the findings by a lower court endorses the U.K. judgment, which made headlines around the world when it was handed down in July. Judge Colin Birss had then gushed over Apple’s design, while knocking back the company’s case against its rival.

“The extreme simplicity of the Apple design is striking,’’ Birss wrote at the time, enthusing over its “undecorated flat surfaces,” its “very thin rim” and “crisp edge.”

“It is an understated, smooth and simple product,’’ Birss wrote, saying that Samsung’s products “are not as cool.”

On Thursday, the Court of Appeal agreed unanimously with Birss, with Judge Robin Jacob ordering Apple to publicize the court rulings to make sure consumers knew that Samsung wasn’t a copycat.

“The acknowledgement must come from the horse’s mouth,’’ Jacob said. “Nothing short of that will be sure to do the job completely.”

Kim Walker, a partner with English law firm Thomas Eggar LLP, said the ruling was an endorsement of Samsung’s originality - if not its design. “It appears that you don’t have to be cool to be original when it comes to intellectual property rights,’’ she wrote in an e-mail. “You just have to be different!’’

The British case is one of several in Apple and Samsung’s international copyright battle, which has raged across Europe and the United States.

Earlier this month, an appeals court in Washington overturned a judge’s order blocking Samsung from selling its Galaxy Nexus smartphone pending a patent lawsuit by Apple. A jury in September agreed with Apple and ordered Samsung to pay $1 billion. Samsung has moved to set the judgment aside.

In September, a German court dismissed Apple’s claim that Samsung and Google’s Motorola Mobility infringed patents used in touchscreen devices. Apple applied for an injunction in the Netherlands last year regarding all three Samsung Galaxy models, the 10.1, the 8.9 and the 7.7. The court refused. Apple lost on appeal and is now petitioning the Supreme Court. AP