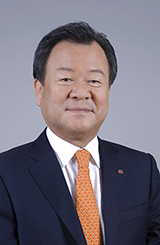 Kim Joong-kyum, the CEO of Korea Electric Power Corporation (Kepco), took office as president of the Association of the Electricity Supply Industry of East Asia and the Western Pacific yesterday.

Some 70 members from 19 countries?share business strategies through the association.

“Kepco will take a leading role in helping electricity companies in Asia remain competitive in the global energy industry,” Kim said in his inaugural speech. “We should be able to help other members as we have played a major role since the Korean War in making Korea [one of the] largest economies in the world.”

He also urged members to participate in the Daegu 2013 World Energy Congress, which is set to open next October.