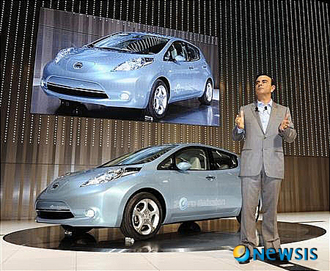 Renault Samsung Motors said yesterday it has signed an MOU with Posco, the country’s top steelmaker, to secure a stable supply of raw materials for use in the production of an upgraded sports utility vehicle by Nissan in two years’ time.

“With this deal, the companies have established a stable and long-term partnership,” said Kim Hyung-nam, the executive director at RSM’s purchasing division. “We are hoping to build a comprehensive cooperation with our suppliers to prepare for the [next-generation] Nissan Rogue.”

Under the terms of the MOU, Posco, the world’s third-largest steelmaker by output, will not only provide RSM with steel plates, but will also participate in the production of the third-generation Rogue from the outset as part of an early vendor involvement program.

In July, Carlos Ghosn, chairman and CEO of the Renault-Nissan Alliance, said that the Korean unit of the French automaker will produce 80,000 units of the new Rogue a year from October 2014 at RSM’s Busan plant.

Ghosn said the partnership will invest $160 million for RSM to establish a Nissan production line, and the upgraded SUV will be shipped to North America instead of selling in Korea. By selling from Korea, Nissan is also likely to benefit from reduced tariffs entailed by the country’s recently signed FTA with the U.S.

Meanwhile, the nation’s fourth-largest carmaker, which has been suffering a serious cutback in sales, wins by getting to maintain a higher rate of production at its Busan plant.

In the first nine months of the year, RSM sold just 116,606 vehicles worldwide, a 39.7 percent drop from last year. Domestic sales were especially poor as it rolled out only 43,660 vehicles, marking a drop of 48.6 percent.