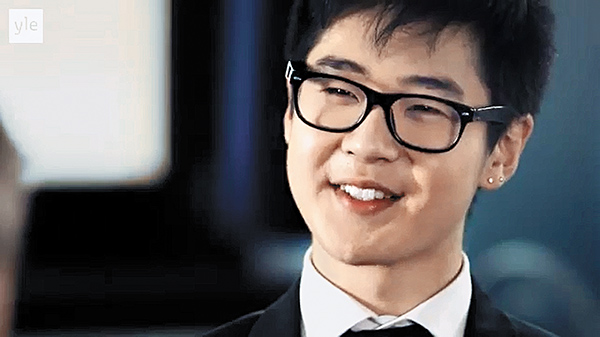 The 17-year-old also shared his thoughts on the two divided Koreas, hoping for unification, and also his experience making South Korean friends in Macau, where he grew up.

“I dream of unification,” Kim said, in a recent interview conducted inside the United World College in Mostar, Bosnia. The video of the 30-minute interview was posted on the North Korean Economy Watch Web site on Thursday.

“It’s really sad that I can’t go to the other side [South Korea] and see my friends over there because my friends would say it will be really great to take a bus to South Korea and North Korea and meet each other at some point.”

Kim, born in Pyongyang in 1995, spent most of his life in Macau after spending the first few years in the North’s capital. He said he visits North Korea every summer to meet his relatives and keep in touch with families.

“When I was growing up, I was very isolated first of all and that’s why I didn’t really have many childhood friends from North Korea,” Kim said. “That’s why all my friends are from outside, such as from Macau.”

He added that the fact that his grandfather was Kim Jong-il played a big role in the isolation when he was growing up in the communist country.

In the interview, Kim said that he’s never had the chance to meet his grandfather, nor his uncle, Kim Jong-un, who succeeded Jong-il in December, last year.

The late leader turned his regime over to Kim Jong-un, his third and youngest son of wife Ko Yong-hui, sending Kim Jong-nam’s family to live almost in a state of exile in Macau. Kim Jong-nam is the son of the late leader’s first wife Song Hye-rim.

Regarding the leadership change, Kim said “My dad was definitely not really interested in politics,” and that “I really never met them [Jong-il and Jong-un] in real life so I really don’t know how he [Jong-un] became a dictator because first of all, it was between him and my grandfather and I haven’t met either of them.”

Having grown up under the protection of Kim Jong-nam and his wife, an ordinary citizen in North Korea, he said “it was really easier for me to form my own opinions because I saw both levels in a family of a dictator and at the same time living with ordinary citizens.”

“I learned quite a lot of things,” he said. “My parents played a big role in supporting me and always telling me to think about the people first before you eat that food in front of you.”

Kim, dressed in a black suit and a tie using articulate English, added that his mom always tried to encourage him to live the same lifestyle as an ordinary citizen so that he could have a better understanding of people.

Kim also shared his future plans and hopes to return back to his home country.

“I’ve always dreamed that one day I will go back and make things better and make it easier for the people there,” he said.

“For me, I picture myself continuing my education .?.?. and engaging in more humanitarian projects and working to contribute to building world peace, especially back home.”

“We can put a little effort step by step. We can come to a conclusion and unite,” Kim said.