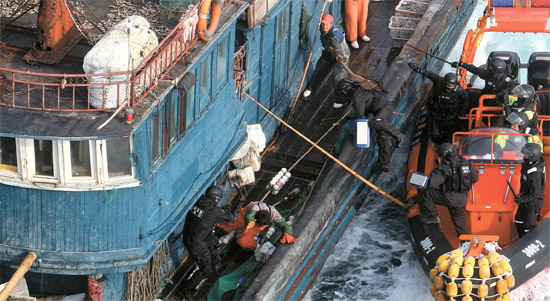 Minister of Foreign Affairs and Trade Kim Sung-hwan expressed regrets yesterday over the death of a Chinese fisherman killed during a crackdown on illegal fishing in South Korean waters, saying close consultations are under way with China over the incident. 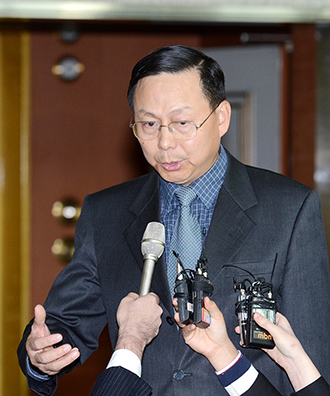 In expressing remorse over the Tuesday incident, however, Kim also pointed out that the Chinese fisherman violently challenged Korean law enforcement officers by wielding lethal weapons.

“It was regrettable that the incident happened during a crackdown against illegal fishing by Chinese vessels, but it should be understood that there was a violent resistance,” Kim told reporters.

Kim said that Korea and China have been in “close consultations” over the incident.

The Chinese fisherman, surnamed Zhang, was killed aboard his ship after allegedly being hit by a rubber bullet fired by a Korea Coast Guard officer on Tuesday.

About 30 Chinese vessels were illegally fishing in Korean waters of the Yellow Sea at the time.

This week, Seoul’s Foreign Ministry spokesman Cho Tai-young also expressed regret over the incident and “offered condolences to the bereaved family, regardless of who should bear responsibility for this.”

One of the Coast Guard officers fired five rubber bullets, one of which appears to have fatally hit the victim in the chest. It will be the first known case of fatality by a rubber bullet, if the cause of the death is confirmed through further investigation. Yonhap