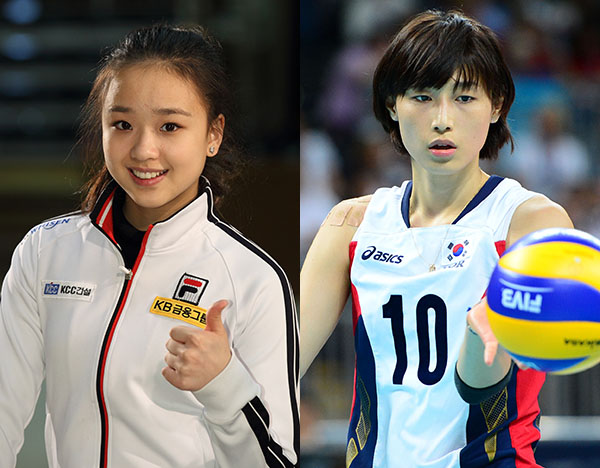 
The rights of Korea’s female athletes are increasingly coming to the fore as local women rise in prominence in a range of sports - not just figure skating, archery and the LPGA - and recent cases involving gymnast Son Yeon-jae and volleyball player Kim Yeon-koung demonstrate this changing dynamic.

Olympians Son and Kim are now gaining national attention not just for their performances, but also for the conflicts related to their careers overseas, an issue often overlooked in this traditionally male-dominated country.

Son’s case surfaced after the 18-year-old gymnast had to skip an Italian competition at the last minute on Wednesday because the Korea Gymnastic Association reversed its initial decision to let her go, claiming that it would require too long an absence from national training. It said the measure was aimed at protecting Son from abusive, profiteering acts by IB Sports, the company that represents her. IB Sports retorted by calling this a classic case of the pot calling the kettle black.

In September, Son decided to compete in the Italian Serie A Championships that are scheduled to start on Nov. 3. IB Sports delivered an invitation letter from the Italian Gymnastics Federation (IGF) to the KGA, which gave its blessing for her to attend three events on Nov. 3, Nov. 17 and Dec. 1.

However, the KGA backpedaled after it received a letter from the Italian association informing it that Son would have to fly to Italy to register before last Saturday, the same day she was scheduled to begin training at the National Sports Training Center in Taeneung, northern Seoul. As Son was tied up at National Sports Festival until last Tuesday, she planned to fly out the next day, but the KGA suddenly put its foot down and said she was requesting too much time off - three days - on the eve of an important training camp.

After being notified of this by the KGA, the IGF canceled her flight tickets - something Son only learned when she arrived at Incheon International Airport.

Son’s agency refused to let her compete in the AEON Cup in Tokyo at the end of last month after the KGA had accepted an invitation by its counterpart in Japan. Many saw the KGA’s backpedaling over the Italian event as a case of it taking its revenge.

Insiders say such power games between the association and agency only hurt Son, who many Koreans hope will bring the country its first Olympic medal in rhythmic gymnastics. Son finished fifth at the London Games this summer.

Meanwhile, Kim took it upon herself to draw attention to a brewing conflict between her agents, on the one side, and club and governing body, on the other.

The 24-year-old claims that her right to pursue a career in Turkey as a free agent has been ignored by the Korean Volleyball Federation and Heungkuk Life, her Korean club, who say she is required to play in Korea for two more years.

In Korea, an athlete can become a free agent after spending six years with a local club. However, even though Kim spent four seasons with Heungkuk and two on loan in Japan, the club and federation claim she is not eligible.

The case has become so high profile than even major presidential candidates have chimed in and lent their support for Kim, who held a press conference at the National Assembly on Friday urging the authorities to allow her to keep playing for Turkish club Fenerbahce.

The International Volleyball Federation ruled in favor of Heungkuk Life early this month, but Kim claims it would not have done so unless the club leaked to it a contract she said she was forced to sign without being allowed to first read. The contract obligates Kim to play in Korea for further years. Kim will learn her fate today.