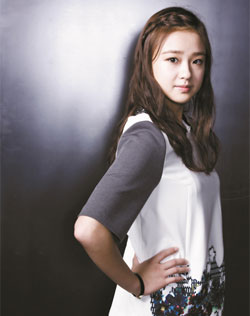 Son Yeon-jae, whose stardom at home and abroad rose after she finished fifth in the individual rhythmic gymnastics event at the 2012 London Olympics, had to return home last week from Incheon Airport on her way to Italy to sign up for Serie A team championship after learning that her flight ticket was canceled. The Italian Gymnastics Federation said it canceled Son’s plane ticket upon receiving an email from the Korea Gymnastic Association that Son won’t be arriving in Italy.

Her agency, IB Sports, said that Son wished to take part in the Italian club championship that invites foreign celebrity gymnasts as well as local players. Her Russian coach Elena Nefedova also encouraged her to participate in the championship, but the Korean association made a unilateral decision against the plan. The association later explained that Son did not need to go all the way to Italy to register her entry.

What may look like a fiasco and logistics misunderstanding, however, may be hiding a tense rivalry between the Korea Gymnastic Association and IB Sports over the rising sports star. The local gymnastic group may have wanted to protect a young aspiring athlete from commercial exploitation. Her agency, however, may believe that the bureaucratic association is getting in the way of the celebrity’s bright future.

In the middle of such an unpleasant brawl, what should matter is the athlete. Son, still in her teens, may not know what’s best for her. She should not be victimized by wanton commercialization. It is important for an athlete to contend in international matches and build experience and skills.

In the meantime, the association should support her wishes, not hinder them. The association alone cannot manage all athletes under its umbrella. Therefore, it should recognize the expertise and judgment of a management agency.

Sports management agencies also should try to plan their athletes’ schedules and activities based on reasonableness. Son has been running a dizzying schedule, making TV appearances and commercials after the London Olympics in August. She needs consistent training and exercise to polish her skills. She also requires more competition down the road.

The gymnastic association and management agency should make concessions and work together to open opportunities for the aspiring athlete. It is their job and duty to make Son a world-class athlete.

Going against the Constitution