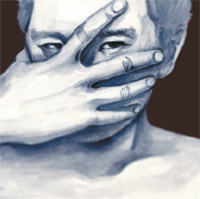 It’s hard to say that this first album of Korean rapper Gamja is going to shoot him to stardom, but it’ll definitely relate to listeners, especially those who in their late 20s or early 30s were eager to speak out about social issues. In “Muruikda,” the rapper does it for you.

The third track “Made in U.S.A.” for example talks about the “white supremacy” Koreans have in their consciousness, while the 12th track “Jjoljianah” raises objections about the country’s policies on the music industry.

Before listening to all 13 tracks, I imagined listening to fast-paced, aggressive hip-hop, as the genre suggests, but I was surprised to hear nearly half of the songs with a slow tempo. Starting from the first track “Hello,” which had a very surreal vibe to it, listeners are taken on a unique journey for the hip-hop world.

Unlike the usual tracks in Korea that have deep roots in the proverbial “fighting” spirit, Gamja’s “Muruikda” whispers about love while simultaneously tackling social issues in his baritone voice. 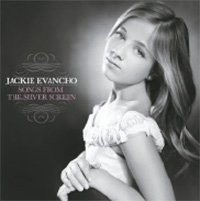 “Songs From the Silver Screen”

Right from the first track, “Pure Imagination,” Jackie Evancho’s mature tone meshes nicely with the whimsical melody of the music. It is incredible to realize that a 12-year-old girl has such extraordinary talent.

All through the album, it is hard to grasp that the singer is not a professional soloist but an amateur who won second place in the “America’s Got Talent” competition.

The album is composed of 12 songs in popular films, including ballads from Disney films with romantic and entertaining themes, such as “Can You Feel the Love Tonight” from the Disney movie “The Lion King.” Evancho also covers “My Heart Will Go On,” the theme song from the movie “Titanic.” The air of the eighth track, “SE” from the film “Cinema Paradiso,” initially seems to be too heavy and solemn for Evancho, but the singer’s strong yet gentle voice accompanies it well.

“Songs From the Silver Screen,” Evancho’s fourth album, reached No. 7 in the Billboard 200 and first on the Classical Albums chart. 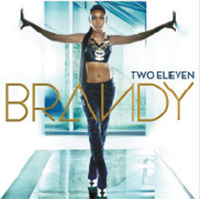 
Not many singers have released six consistently amazing albums. Brandy has.

Her newest, “Two Eleven,” is a collection of R&B songs that are personal, flavored and fantastic. The album doesn’t miss a beat, as Brandy’s raspy-yet-earthy tone weaves into each song’s beat nicely to create outstanding tracks that will have you listening again and again.

First single and R&B hit “Put It Down,” co-starring Chris Brown, is full of swag and one of the year’s best thanks to its addictive beat, courtesy of producers Bangladesh and Sean Garrett. And when she slows it down, Brandy is just as good: “Do You Know What You Have” is smooth and top-notch, as is the Rico Love-penned “Hardly Breathing.” The latter is an emotional tune, as Brandy sings about heartache and heartbreak with lyrics like: “One more teary eye, or sleepless night, just might kill this heart of mine.”

Most of “Two Eleven,” which features songwriting by Frank Ocean, Mario Winans and Breyon Prescott, finds the 33-year-old singing about a relationship - she’s happy at times and questioning her man at others.