Learn from our mistakes

Learn from our mistakes 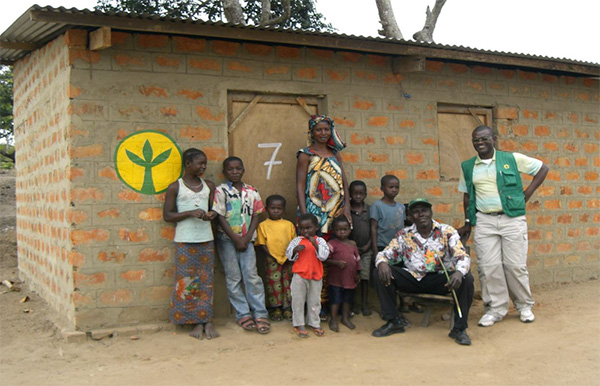 I had a realization when I spoke with fashion designer Lee Kwang-hee last week. For a few years, she has been planting mango trees in South Sudan. She founded a nonprofit organization called Himango, hosting fund-raising events and visiting Africa frequently.

When she visited South Sudan, one of the poorest countries in the world, she asked the locals how she could be of help. One mother told her, “I wish I had a mango tree. Then I will be able to raise my children healthily by selling the mango fruit twice a year.” Since then, the organization has planted 30,000 mango trees. She also thought that she could help the local residents make independent living by providing vocational education, offering farming techniques and sewing skills. Last year, I heard that she is planning to build Himango Village, a cultural and educational center.

This time, she is working with the Korean Youth Association to train and educate young Koreans to help poverty-ridden African people. She hopes to offer global citizenship and leadership education to the Korean youth so that they can help those in need. The inspiration for the project was her memory of receiving assistance in the past. When she was young, she grew up watching the community help given by American missionaries as she helped out her pastor father.

“It is about time that Koreans help the people of poor countries to gain financial independence and make friends all over the world,” she thought. Having received help from other countries, Korea knows how to help and the feeling of appreciation.

There is another asset. In the course of economic development, Korea ended up destroying the environment and had a hard time restoring it. Recently, I met Shin Boo-nam, the ambassador for green growth at the Ministry of Foreign Affairs and Trade. Lately, Ambassador Shin is working to develop the Global Green Growth Institute into an international organization. The GGGI is a think tank that helps developing countries pursue economic growth while preserving the environment. Initiated by Korea, 18 countries have already signed an agreement to establish an international body, and the inaugural assembly is to be held in Seoul today.

However, ratification in the National Assembly is not likely to be obtained easily. The organization was established by using the reserve fund according to the “low-carbon, green growth” slogan of President Lee Myung-bak. So, the project was criticized by the opposition party at the recent parliamentary inspection of the administration. Moreover, pushing “low-carbon green growth” on developing countries can be controversial. Developed countries have used fossil fuels recklessly and are the main culprit of environmental pollution. Developed economies still use most fossil fuels, even today. So the countries that have just begun developing may not welcome the initiative urging low-carbon development for sustainable growth.

And that’s where Korea can play a role in the international community. While the developing countries do not want to follow recommendations of the developed countries, Korea can easily persuade them of the need for green growth. When Korea explains the cost we had to pay for environmental damage in the course of economic growth and advises them of the know-how accumulated in the process, the developing countries can be convinced.

Moreover, Korea is an economic role model for many developing countries, and underdeveloped countries are learning from the “Saemaeul Movement” that modernized the country. The National Assembly should not hinder the potentially promising initiative just because President Lee Myung-bak started it, since it may become a source of income in the future.

We have more than semiconductors, mobile phones and ships to sell to the world such as the history of receiving assistance and overcoming poverty, the secret of accomplishing rapid economic development, and the lessons we have learned from trial and error.

If we look harder, we may be able to find more valuable assets, find the niche market and break out of the small boundary to look at the wider world. We can advance to the unlimited market. Once again, the time has come for Koreans to shout, “The world is wide, and we have a lot to do.”

*The author is an editorial writer of the JoongAng Ilbo.
By Yang Sunny