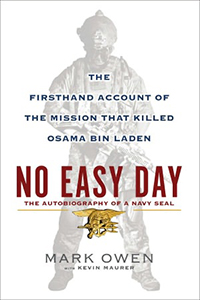 No Easy Day: The Firsthand Account of the Mission that Killed Osama Bin Laden

For the first time anywhere, the first-person account of the planning and execution of the Bin Laden raid from a Navy Seal who confronted the terrorist mastermind and witnessed his final moments has been published.

From the streets of Iraq to the rescue of Capt. Richard Phillips in the Indian Ocean, and from the mountaintops of Afghanistan to the third floor of Osama Bin Laden’s compound, operator Mark Owen of the U.S. Naval Special Warfare Development Group has been a part of some of the most memorable special operations in history.

“No Easy Day” puts readers alongside Owen and the other handpicked members of the 24-man team as they train for the biggest mission of their lives. 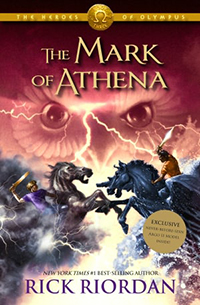 The Mark of Athena (Heroes of Olympus, Book 3)

In “The Son of Neptune,” Percy, Hazel and Frank met in Camp Jupiter, the Roman equivalent of Camp Halfblood, and traveled to the land beyond the gods to complete a dangerous quest. The third book in the “Heroes of Olympus” series will unite them with Jason, Piper and Leo. But they number only six - who will complete the Prophecy of Seven? The Greek and Roman demigods will have to cooperate in order to defeat the giants released by the Earth Mother, Gaea. Then, they will have to sail together to the ancient land to find the Doors of Death. What exactly are the Doors of Death? Much of the prophecy remains a mystery. With old friends and new friends joining forces, a marvelous ship, fearsome foes, and an exotic setting, “The Mark of Athena” promises to be another unforgettable adventure by master storyteller Rick Riordan. 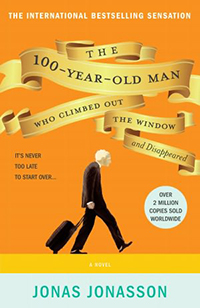 In this book, a reluctant centenarian much like Forrest Gump (if Gump were an explosives expert with a fondness for vodka) decides it’s not too late to start over. After a long and eventful life, Allan Karlsson ends up in a nursing home, believing it to be his last stop. The only problem is that he’s still in good health. One day, he turns 100. A big celebration is in the works, but Allan really isn’t interested (and he’d like a bit more control over his vodka consumption).

So he decides to escape. He climbs out the window in his slippers and embarks on a hilarious and entirely unexpected journey, involving, among other surprises, a suitcase stuffed with cash, some unpleasant criminals, a friendly hot-dog stand operator and an elephant (not to mention a death by elephant).