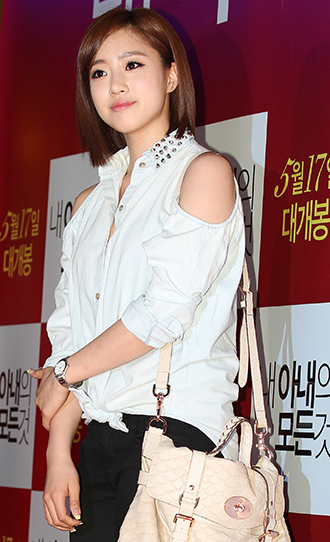 After being kicked off the drama “Five Fingers” without much notice, T-ara member Eunjung is set appear in a different production, tentatively titled “Incarnation of Money.”

According to sources from SBS, the network that will host the program, Eunjung will star alongside Hwang Jung-eum and Kang Ji-hwan in a drama about greed and love.

“The contract hasn’t been signed yet, but she’s looking over the fine print at the moment,” a source said.

Those working on the drama include famous writers and directors like Jang Young-chul, Jung Kyung-soon and Yoo In-shik, who have produced hits like “Giant” (2010) and “Salaryman Cho Hanji.”