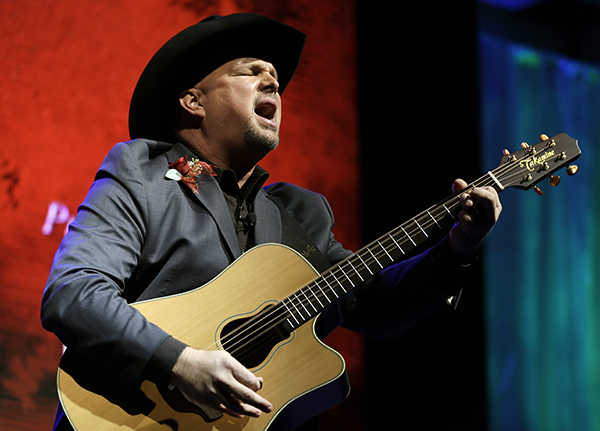 Sunday night he’ll get the big one: Country Music Hall of Fame member.

Brooks will be inducted along with Connie Smith and Hargus “Pig’’ Robbins in a surprise-packed performance at the Country Music Hall of Fame & Museum in Nashville.

Trisha Yearwood says she’s rarely ever seen her husband so worked up.

“I don’t know if there’s anybody who’s received more honors, and I’ve never seen anyone so excited,’’ she said in a recent interview with Brooks. “I’ve never seen him as excited about such an honor.”

It’s a well-deserved honor for the man who took country music from a regional sound to an international phenomenon. It’s also one the 50-year-old Brooks balked at, though he’s become more comfortable with it.

“When they announced it, all I could think about was the guys who aren’t in there that should be before me,’’ Brooks said. “And as we’ve gotten closer I see that, but I just can’t help be like a little kid at Christmas. It’s going to be a great, great, great night.” AP