‘Paranormal Activity’ is at No. 1

‘Paranormal Activity’ is at No. 1 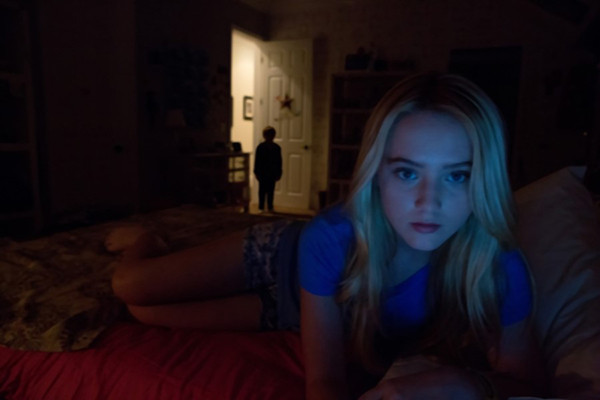 LOS ANGELES -The fourth “Paranormal Activity” fright flick crept into the No. 1 spot at the weekend box office with $30.2 million in U.S. and Canadian ticket sales.

Low-budget “Paranormal Activity 4” opened short of distributor Paramount’s projection for at least $35 million in domestic receipts during the movie’s lead-off weekend. The film also trailed its predecessor in the haunted house series. The third “Paranormal” rung up $53 million in its debut last October.

But with $26.5 million more from international markets, the fourth installment already had grossed far more than its tiny production budget of $5 million.

“We’re thrilled,” said Don Harris, Paramount’s president of domestic distribution. “It was in a slightly more crowded market than a year ago. The strong showing for the film bodes well for more to follow. It is highly likely that we will do another.”

The new “Paranormal” chronicles the strange events that haunt a neighborhood after a woman and her young son move in. As in the earlier films, the movie uses a “found footage” style by capturing mysterious encounters with invisible forces on surveillance cameras.

The franchise produced by Jason Blum has brought in big bucks since the original hit theaters in 2009. The first three “Paranormal” films grabbed $577 million in global ticket sales. Each movie was produced for $5 million or less.

Receipts for “Argo” dropped 15 percent from a week earlier. The movie has earned glowing reviews from critics and a rare “A+” grade from audiences polled by CinemaScore. “Argo” is based on the real-life rescue of U.S. government employees from Iran in 1979 under the guise of a fake movie production. Ben Affleck directs and stars in the film.

In fourth place, “Taken 2” stars Liam Neeson as a former spy who is kidnapped in Istanbul. The action film has grossed $105.9 million through three weekends.

In the No. 3 slot, family movie “Hotel Transylvania” pulled in $13.5 million at North American theaters. Global sales for the animated film reached $119 million through Sunday.