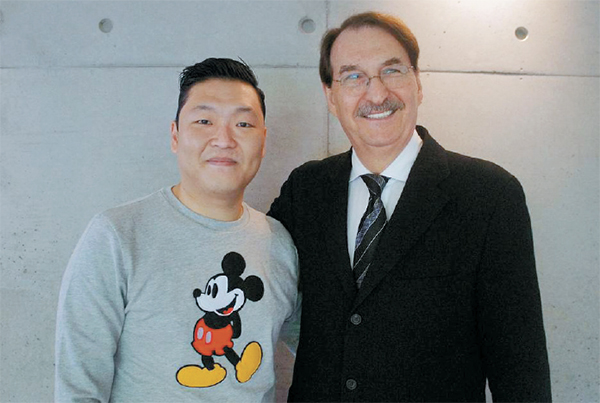 Australian Ambassador Sam Gerovich meets with Korean rapper Psy on Oct. 15 at the embassy in central Seoul, prior to Psy’s departure to Australia for a three-day promotional visit. At the meeting, Ambassador Gerovich presented Psy with a framed print of a 1904 photograph of the Han River by George Rose, an Australian photographer, as a token of friendship between Australia and Korea. Psy has appeared on popular Australian TV shows including “The X-Factor Australia” and “Sunrise.” The Korean star is topping Australia’s ARIA singles charts for the fourth week in a row. Provided by the Embassy