Jang Keun-suk is prince of ads, too

Jang Keun-suk is prince of ads, too 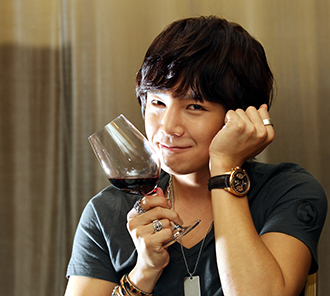 Hallyu prince Jang Keun-suk has claimed another crown in Japan.

This time, the entertainer who acts, sings and models, has proven that his presence is noted even in 2-D by winning the “Best Advertising” prize at this year’s Japan Newspaper Publishers and Editors Association awards ceremony.

There were about 457 ads competing, and the company behind Jang’s promotion took home the coveted award.

According to Tree J Company yesterday, Jang’s eight-page spread that turned into a life-size poster when unfolded was published late May in the Asahi Shimbun. The ad took up four pages at the front and another four at the back of the paper and was placed to promote Jang’s “Just Crazy” album.

“The actor-turned-singer has proven time and time again just what a force he is in Asia,” said a spokesperson from the association.

Fueled by the promotion, the album sold more than 88,000 copies in one week.