Kotra gets warning on contacts with North

Kotra gets warning on contacts with North 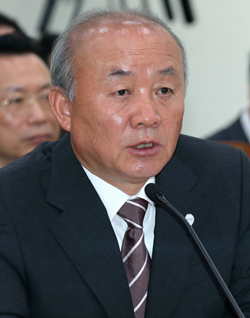 BEIJING - The Ministry of Unification has warned a state-run trade and investment agency to stop interacting with North Korean officials, a government official told the JoongAng Ilbo.

“So we warned them,” Park said. “We will meet with some South Korean businessmen working in Beijing soon and ask them not to contact any North Koreans.”

It’s the first time that a South Korean administration prohibited the state-run agency from contacting North Koreans since it was founded 50 years ago. The ministry said it based its warning on the so-called “May 24 sanctions” that ban all unapproved contacts with the North.

Under the sanctions, which were drawn up after the sinking of the warship Cheonan by North Korea in March 2010, the government bans all government and civilian contacts. All contacts with Pyongyang need approvals from the Unification Ministry, even for lawmakers.

If anyone contacts a North Korean accidently, it needs to be reported to the ministry within five days. If not, the ministry can impose a fine of up to 3 million won ($2,720) for a violation of the Inter-Korean Exchange and Cooperation Act.

Kotra in Beijing told the JoongAng Ilbo that they were collecting information to boost cooperation between Southern companies and the North. It said the North Korean officials they encountered were members of the National Economic Cooperation Federation under North Korea’s Trade Ministry, which deals with all of the regime’s trades and investments in China.

Kotra said that it was supposed to distribute the information to South Korean businessmen, but they scrapped the plan after being warned.