Smartphones cause rifts in families

Smartphones cause rifts in families

One father thought his son was spending too much time chatting and playing games on his smartphone so he took the phone away.

This led to an argument, and in the middle of it the boy began convulsing and foaming at the mouth then fainted. He regained consciousness after 119 emergency responders came to resuscitate him. The troubled father turned to a youth hotline to talk about his concerns.

“If I return the smartphone to my son, I am worried that his addiction will grow worse.” But if he keeps it from him, his son has a meltdown. “I’m not sure what to do.” 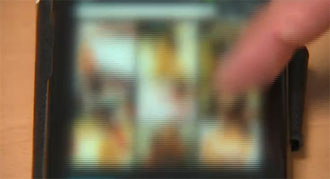 The Korea Youth Counseling and Welfare Institute, affiliated with the Ministry of Gender Equality and Family, stated that the number of inquiries it gets about adverse side effects related to smartphone use and addiction has also jumped.

The youth welfare institute, which operates a counseling hotline, analyzed 217 inquiries it has received between 2010 and August this year regarding smartphone usage.

This year alone the youth counseling institute had received 75 inquiries this year on smartphone use by August. Four in 10 callers were concerned about excessive fixation on smartphones. But 12 percent were by parents regarding strange behaviors in their child as a result of blocking their smartphone usage.

Lee Yeong-seon, a head counselor at the institute, said, “Until last year, we mainly got general inquiries regarding purchasing smartphones or concerns about too much gaming on smartphones.

But starting this year, we’ve been getting more calls from parents having problems after taking away their child’s phone.”

Another mother found that her daughter, in her first year of middle school, had a naked picture of an unknown man on her phone.

The mother called the hotline and said, “When I mentioned what I saw on the phone, my daughter lashed out by saying, ‘why are you looking at my smartphone without my permission?’”

Nearly one out of 10 calls to the youth welfare hotline was from parents who had discovered sexual content on their child’s phone.

Some parents say that when they confiscate the device, they are cursed at by their child. One boy ran away from home after his smartphone was taken. Teachers also call in with their woes.

A rural high school teacher said, “A freshman student was using his smartphone in class, so I confiscated it but lost it by mistake.” The student was worried all day when he heard that the smartphone was missing and went home and cut himself.

While 9.3 percent of calls are regarding fighting over smartphones, 4 percent regard tension between friends and teachers. Kids call into the youth hotline as well. One boy confessed, “I was using my mom’s smartphone to play games and download videos and spent 160,000 won [$145], and I don’t have the courage to tell her.”

Lee of the Korea Youth Counseling and Welfare Institute said, “Try to postpone the purchase of a smartphone for your child as long as possible. It is best to allow smartphone use only when the child is able to understand and follow rules about their smartphones.”

The institute will be presenting its analysis on cases of counseling on youth smartphone usage before the National Assembly tomorrow.