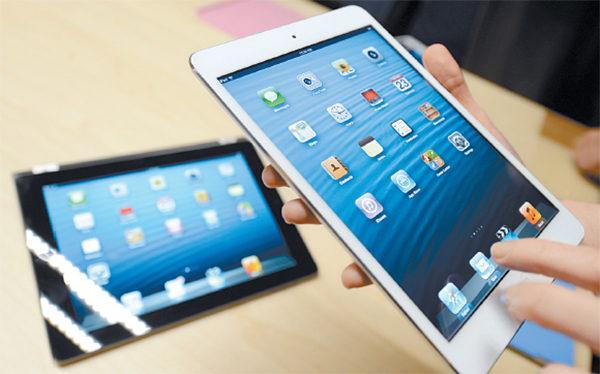 A potential customer tries out the new, nearly palm-sized iPad mini during a special event held by Apple in San Jose, California. [XINHUA/YONHAP]

The American tech titan abandoned its principle of sticking to the 9.7-inch display for its iPad tablet series, established by its late co-founder Steve Jobs, who died last year. During a conference call with analysts in October 2010, Jobs derided seven-inch tablets - probably referring to Samsung’s Galaxy Tab - by saying their introduction to the market would be “dead on arrival.”

The mini iPad will compete against seven-inch rivals such as Google’s Nexus 7, Samsung’s Galaxy Tab and Amazon’s Kindle Fire HD, a model officially unavailable in Korea. Sporting cameras on the front and the rear, it comes in three storage capacities: 16, 32 and 64 gigabytes. The price tag ranges from $329 to as much as $659 in the United States versus $199 for both the Nexus 7 and Kindle Fire. Preorders are scheduled to start on Friday, and offline sales will begin Nov. 2.

“Others have tried to make tablets smaller than the iPad, and they’ve failed miserably,” said Phil Schiller, Apple’s senior vice president of worldwide marketing, during the launch event as he did a side-by-side comparison of the iPad mini and Google’s Nexus 7 tablet.

Apple released its first iPad on April 3, 2010. Eight months later, Samsung was the first among mobile device producers to debut a tablet PC in the seven-inch range, the Galaxy Tab. It has since come up with a series of models: the Galaxy Tab 7.0+ in November 2011, the Galaxy Tab 7.7 LTE in March 2012 and the Galaxy Tab 2 7.0 in April 2012.

Defending the higher price tag on the iPad mini compared with its rivals, Schiller said in an interview with Reuters that he believes consumers will see Apple’s smaller tablet as a premium product worth paying for.

“The iPad is far and away the most successful product in its category,” he was quoted as saying. “The most affordable product we’ve made so far was $399, and people were choosing that over those devices. ... And now you can get a device that’s even more affordable at $329 in the great new form.”

The global tablet PC market looks upbeat after the launch this year of a series of smaller and lighter devices. 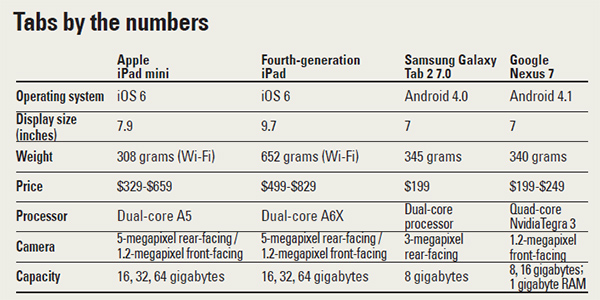 According to market researcher IDC, shipments of tablet PCs are expected to reach 117.1 million units this year and the figure will more than double to 261.4 million units in four years.

In the second quarter of this year, Apple had 68 percent of the market, said another market researcher, Strategy Analytics.

The company has sold more than 100 million iPads since April 2010 and is expected to sell five million to 10 million iPad minis by the end of this year. 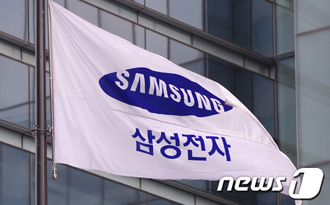 The Cupertino, California-based company also rolled out the fourth generation of the bigger iPad with a faster application processor and Apple’s all new Lightning connector charging socket.

While the new iPad will have improved features, pricing will remain the same as for the third-generation iPad.

Also introduced are upgrades across the company’s computer product line, including a redesigned iMac desktop with a thinner profile as well as a new MacBook Pro with a 13-inch screen.

News of a new version of the larger iPad annoyed some Korean customers.

“I am just speechless that it’s less than a month since I bought a new iPad and it’s already an old model,” said Kim Youn-hee, an office worker in her 30s.

This time, Apple has included Korea on the list of over two dozen countries to receive the first batches of iPad minis and fourth-generation iPads, which is unprecedented.

Korea has had to wait for all other Apple mobile products, usually for more than a month. In the past, Apple blamed the Korean telecommunication authority’s unique policy of forcing foreign device manufacturers to register their frequency bands and have them certified.

Koreans still can’t buy the much awaited iPhone 5, which started sales in many countries on Sept. 21. Its frequency certification came much earlier than previous iPhones, including the iPhone 4S, but the Korea Communications Commission cancelled its certification and had the company go through the process all over again.

The iPhone 5 is also suffering supply shortages, according to industry sources.

The price of a 16-gigabyte, Wi-Fi-only iPad mini has been set at 420,000 won ($380), according to industry sources, but prices for other models weren’t available.

The swift sales plan for the latest Apple devices follows the sudden retirement earlier this month of Apple Korea’s general manager, Dominique Oh. People familiar with the situation say the Korean-French executive was abruptly notified of the expiration of his contract by headquarters only a year and a half after he started the job.

An important reason was likely disappointing sales of the iPhone 4S in the Korean market.

This marks the second time Apple has fired a top manager at the local office.

Although the iPhone 4S was a global hit, its sales were less than impressive here, largely due to competition from Korean smartphones. The market share of Samsung smartphones in the second half of this year hovered above 80 percent.