“Barbie” is about a young girl being pursued by an American who wants to adopt her to harvest her organs. Provided by Mirovision


A quick look at director Lee Sang-woo’s previous films will turn up titles like “Mother Is a Whore”(2011) and “Father Is a Dog”(2010), so it should be no mystery why Lee is considered one of Korea’s most controversial moviemakers.

In “Mother Is a Whore,” an HIV-positive 38-year-old man living in a shack pimps out his 60-year-old mother; in “Father Is a Dog,” a man treats his sons like, well, dogs.

Lee’s upcoming “Barbie” is certainly no feel-good film nor is it as difficult to watch as you might expect. Still, the 42-year-old Lee uses “Barbie” to raise a several of the moral issues he addressed in previous films.

Playing with her Barbie doll each day, Soon-ja dreams of living in the United States.

Meanwhile, an American man and his young daughter, who has heart disease, arrive in the town. While the American ostensibly wants to adopt a Korean girl, he is really looking for an organ donor to save the life of his daughter. He comes into contact with Mang-take, who arranges for his niece to be adopted and go to the United States.

“Barbie” is Lee’s fourth feature film, and it won a Gryphon Award for best feature film in the Generator +18 section at Italy’s 2012 Giffoni International Film Festival, the first time a Korean film was recognized.

The grim tale has special resonance in Korea, which earned a reputation as the leading exporter of babies to the world’s most-developed nations in the aftermath of the Korean War. 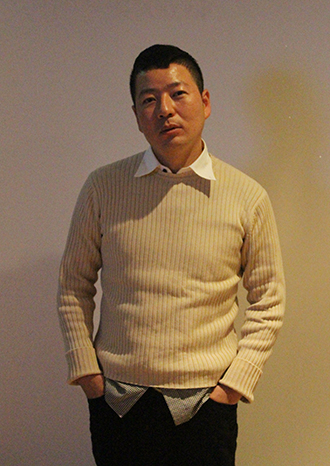 For those living in abject poverty after the war that claimed 990,000 civilian lives and reduced the country to rubble, America looked like a dreamland.

Soon-ja keeps saying, “I love America,” an accurate reflection of how the director felt.

“When I was in middle and high school, I skipped classes and went to the movies to watch American films,” says Lee. “In my mind, America was a dream country.”

After failing to get admitted to a Korean university, he decided to live his dream and go to the United States.

“At that time, getting a visa was difficult. When I went into my interview at the U.S. Embassy, I told them, ‘I love America, I want America,’?” Lee says.

It worked. Lee received his visa and worked for a year before entering the University of California, Berkeley, as a theater major.

“I was really desperate to go there. Soon-ja’s mindset is similar to where I was at that time. I thought then that if I didn’t go to America, my miserable situation would continuously repeat itself. Soon-Ja thinks the same.”

Lee says the plot is based on a real case that happened in the 1980s, adding that one director tried to make a movie based on the story but failed due to government pressure.

“The artistically repressive atmosphere prevailed in the 1980s, especially during the military dictatorship. The government might have been afraid of causing any friction with the U.S. government,” Lee says.

But the director emphasized that his intention was not to pitch a social commentary on the adoption issue.

“The movie is not about Korea’s lingering adoption reality or illegal organ trafficking. They are just medium to better deliver my message,” said Lee.

“?‘Barbie’ is more about family and shows the human struggle to find the right answer to questions like what is right behavior in living life and how to sort things out when confronting moral issues.”

While not the underlying focus of the movie, he still appears to be conscious of the issue.

“You might think these kinds of things do not happen nowadays, but it happened in Korea 22 years ago and it still happens in Southeast Asia,” he says.

“I lived in the Philippines for a long time and that kind of thing still happens there. Kids are sold for 3 million won ($2,733) to 5 million won. We don’t know about that, but it happens in Asia.”