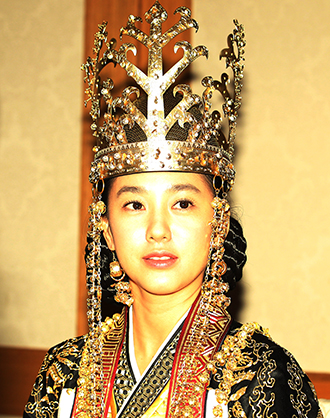 After her car crash on Oct. 23, Park Joo-mi is currently recovering at a hospital in Gangnam, southern Seoul.
A spokesperson for her agency said that they’d just visited the star and that she’s been moved from the intensive care unit to a regular room.

“The results are to come out later this afternoon and we’ll decide what to do with Park’s schedule after,” said the agency, while maintaining that health comes first.

The star of “A King’s Dream” was traveling on the Ogori Highway in Gunwi County, North Gyeongsang, when her vehicle collided into a truck weighing 25 tons.

At the time of the incident, although her stylist and manager were hurt, Park’s agency released a statement saying she was fine.
However, upon undergoing tests at a hospital on Oct. 24, it was determined that the actress may have some internal injuries.
By Carla Sunwoo [carlasunwoo@joongang.co.kr]