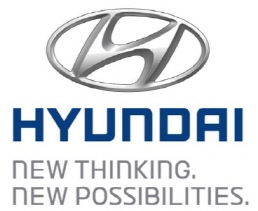 Hyundai Motor, the nation’s largest carmaker, reported yesterday that its latest quarterly profit exceeded analysts’ estimates as the company benefited from anti-Japan protests in China while its i10 minicar helped it buck the slump in Europe.

Deliveries in China rose 19 percent, led by the Elantra sedan and Verna small car, after Chinese consumers shunned vehicles made by Toyota Motor and Nissan Motor as anti-Japan protests flared over a territorial dispute. Those gains helped Hyundai Motor cushion the fallout from a seven-week labor strike that cost the company an estimated 1.7 trillion won in lost production, which would be a record loss.

“The impact of the strikes was especially high,” said Lee San-hyun, an analyst at NH Investment & Securities. “Sales will increase in the fourth quarter as Hyundai tries to make up for the losses of the last three months.”

Hyundai Motor on Sept. 4 agreed to raise annual wages by an average of 27.3 million won per person and cancel its graveyard shifts, according to the union. That ended Hyundai Motor’s first series of strikes since 2008, which caused 82,088 vehicles in lost output, according to company estimates.

The stoppages, which began in mid-July, led Q3 exports from Korea, home to 46 percent of Hyundai Motor’s production capacity, to fall 14 percent, according to the company’s Web site. Sales at home shrank 8.3 percent.

Hyundai Motor is targeting a sales increase of 5.7 percent to 4.29 million vehicles this year, including a 15 percent rise in Europe and a 6.8 percent gain in China, the company said on Jan. 26.

Hyundai Motor and its affiliate Kia Motors, both headed by Chairman Chung Mong-koo, said last month that combined sales in China will probably exceed their target of 1.25 million units after September deliveries climbed to a record.

Consumers in China avoided buying Japanese-branded vehicles after rioters torched dealerships and smashed cars in a spate of violence triggered after Japan’s government bought a group of islands last month claimed by both countries.