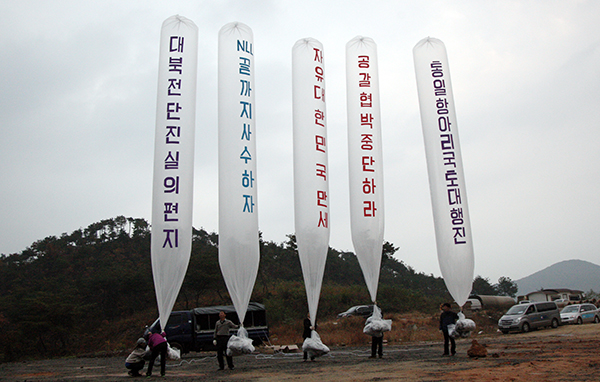 A civic group comprised of North Korean defectors launches 10 balloons with some 200,000 leaflets criticizing the North’s third generation power succession around 7 a.m. yesterday from the border area of Gimpo, west of Seoul. After North Korea threatened military attacks on the leaflet launch site, South Korean police blocked another group of anti-North Korea activists from flying leaflets at Imjin Pavilion near the Demilitarized Zone on Monday. [YONHAP]