‘Korea can benefit from economic matchmaking’

‘Korea can benefit from economic matchmaking’ 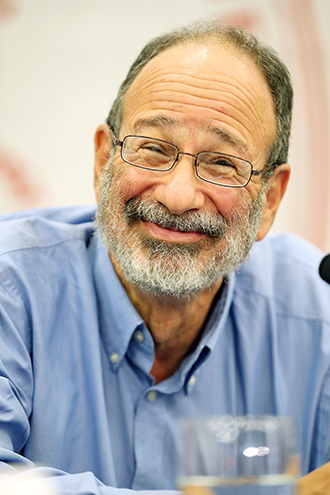 CAMBRIDGE, Massachusetts - Can economists improve Korea’s college admission system, or even the process through which the country donates organs? According to Alvin E. Roth, who shared the Nobel Prize in Economics with Lloyd S. Shapley last week, the answer is yes.

The 60-year-old Harvard professor, who also lectures at Stanford, is now working with Korean economist Lee Soo-hyung, 37, on ways of matching kidney exchanges and another project pertaining to college admission systems. Lee has worked as a Harvard research fellow for one year, ending this summer.

Roth is an authority in market design and matching theory, and his research is aimed at helping people find and select one another in certain incomplete markets.

After Roth was named a Nobel laureate last week, Lee, who is based in Seoul, flew to Massachusetts to participate in a market design conference held by the National Bureau of Economic Research. She met there with Roth last weekend to discuss his research.


Q. Have you had time to catch your breath since collecting the Nobel Prize?

A. It’s been less than a week, and I’ve already had more interviews than in the last 60 years. .?.?. I think that after a few days, everything has returned to normal among my colleagues, but not yet among the news media. So I’m a bit more sleep-deprived this week than last, but I bet things will return to normal soon.


Can you explain to our readers in Korea what market design is, using some real-world examples?

Well, market design is about understanding how marketplaces work, and sometimes helping to fix them so that they work better. And I think of markets and marketplaces as being ubiquitous, not just markets for commodities, and not even just markets in which prices determine who gets what. So, for example, your work on how a Korean Internet dating site might be modified is a great example of market design.

Dating sites are examples of matching markets in which you can’t just choose what you want and can afford. You also have to be chosen. It turns out that lots of the most important markets are like that. You can’t just choose where you go to college, what job you have [or] who you marry - a college or job or spouse has to choose you, too. My work has involved helping design matching markets like school choice systems in some big American cities, labor market clearing houses for doctors and other professionals, and even how to organize organ transplantation of a kind that was initially pioneered in Korea. 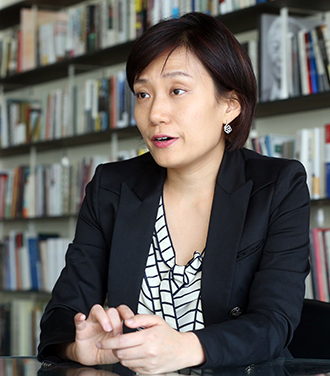 Your work ranges from labor markets to organ donations and kidney exchanges, and even to school choices. What are the common characteristics of these markets that attract your attention?

Well, they are all matching markets, where you can’t just choose, you also have to be chosen. Kidney exchange might be a good example, since people [including many surgeons] are sometimes surprised to hear that economists can help surgeons. Kidney exchange involves the donation of a kidney by a living person to a person with end-stage renal disease. You have two kidneys, and if you’re healthy, you can stay healthy with only one, so you can save someone’s life by donating the other. But even if you’re healthy enough to donate a kidney, the person who you love and want to donate a kidney to might not be able to take your kidney; maybe you have the wrong blood type or are incompatible for another reason. But two [or more] patient-donor pairs can exchange kidneys, so that each patient gets a compatible kidney from someone who wanted to give their kidney to someone else but was incompatible. I think the first such exchange, between just two pairs, was done in Korea. But once you think about such a swap as an exchange, it becomes clear where market designers come in. Economists have long studied exchange, and so we’re in a position to organize a kidney exchange marketplace on a large scale. Notice that this is a marketplace in which, by law in both Korea and the U.S., who gets what is determined without using money at all, since it’s illegal to buy and sell organs for transplant.

Can you give us some advice on handling pressing concerns such as job creation?

From a market design point of view, a high rate of job separation may be because it’s hard for firms and workers to find appropriate matches on the other side of the market. Maybe the market is congested, so firms can’t easily find the workers they would like, and workers can’t find jobs that will be satisfying. We faced this problem in the job market for new American economists, and one of the things we did is we built a signaling system in which new economists can send a special signal to no more than two employers, indicating that they would particularly like to be interviewed. This is in addition to the usual application process in which each graduating student applies to many jobs and each employer receives many applications, sometimes too many to evaluate all of them carefully. Since each student applies to many jobs, getting an application doesn’t tell an employer whether the student is really interested. But getting a signal from that student, and knowing that the student can’t send more than two such signals, is a reason to pay special attention to that student’s application, since it’s a serious and motivated one. So signaling can help break through some of the congestion in a big marketplace in which it’s hard to know how much attention to give to each application.

We have been working on projects examining the Korean college admission system as well as kidney exchanges. What makes you so interested in these topics?

One of the nice things about studying economics is that since we’re interested in just about everything, we can learn things from everyone. Institutions that develop in a rich, complicated society like Korea are interesting by themselves and also because of how comparisons with similar institutions elsewhere can reveal regularities that we hadn’t expected. So, for example, the system of admissions exams on a small set of dates provides a way for colleges to compete that isn’t available under the American college admissions system and gives us a chance to compare similar developments, like early admissions, arising in different environments.

Of course, matching markets are deeply embedded in other kinds of institutions and so it would be difficult to even think of launching such a project without the collaboration of Korean scholars.