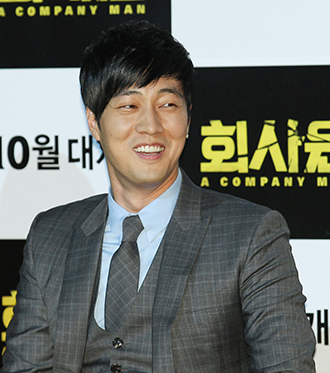 So Ji-sub’s latest action movie “A Company Man” has been sold to film distribution companies in 55 nations so far since being released on Oct.11.

The film’s distributor said on Thursday that although the film has been showing in Korea for just two weeks, companies in Japan, China, Thailand, Indonesia, France, Switzerland and Austria have already purchased rights to the film.

“Foreign buyers love the fusion of drama and action,” said a spokesperson from Show Box. “They love So Ji-sub’s acting, too.”

The distributor said that amid transaction deals there have been talks of possible remakes.

On Wednesday, Show Box will screen the film at the American Film Market, a fair for independent motion pictures that Show Box hopes will open doors to the North American market.

In “A Company Man,” So plays a hit man in disguise named Hyung-do. Problems arise when Hyung-do, who is considered one of the best, falls in love and tries to quit the organization.