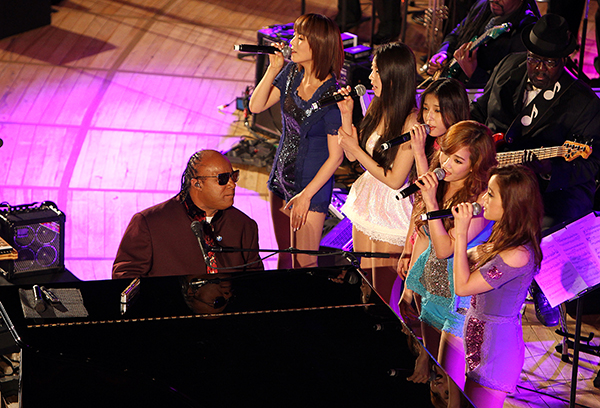 
The Wonder Girls performed alongside Stevie Wonder at a concert celebrating United Nations Day in New York on Wednesday.

At the concert titled “A Message of Peace,” the five-member K-pop act sang “What the World Needs Now is Love” with the legendary American musician.

Ahead of the show, which was held to mark the 67th anniversary of the international organization’s founding, Yubin said she could hardly contain her excitement.

“As a fan of Stevie Wonder, it’s such an honor to stand on the same stage as him,” said the girl group member.

“I will certainly do my bit to impart the message of peace with him.”

The group also took the opportunity to take some pictures with the UN secretary general and compatriot, Ban Ki-moon.

The Hallyu band, which has attempted to break into the U.S. market since 2009, seems to be slowly and steadily making progress.
By Carla Sunwoo