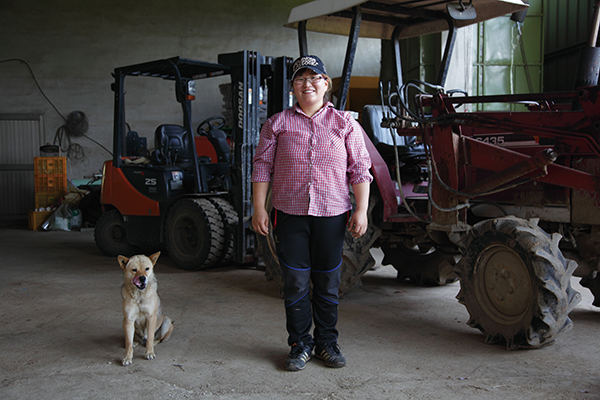 Hong Jin-ju, 26, is a young farmer who harvests rice and grows persimmons and Japanese apricots in an eco-friendly way in Gurye County, South Jeolla. Provided by Books on Wednesday


Sometimes newly arrived books imply a lot about society. If “healing” was the buzzword in the first half of the year, “farming” is now sprouting at bookstores nationwide.

“We assume this trend has something to do with baby boomers who are about to retire,” says Kim Geun-hwa of Kyobo Bookstore, the largest book retailer in Korea.

“Not only baby boomers but people who are in their 20s, 30s and 40s purchase books on farming, maybe because they want to find something outside the city.” 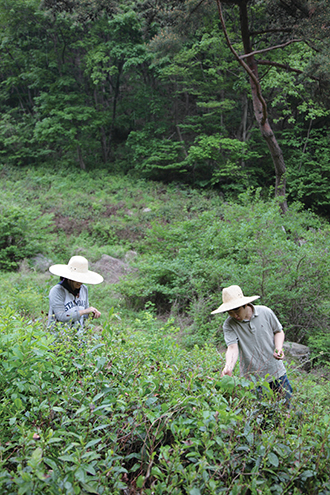 Lee Woon-jae, right, and his wife pick tea leaves at Mount Moak in Wanju County, North Jeolla. Lee and his wife are former city dwellers who decided to settle down in the rural area and operate a tea plantation.

As the old saying suggests, Seoul has been a dream destination for millions of Koreans. Settling in Seoul is synonymous with success.

Still, the rise of farming and rural life is evidence that many people think there is more to life that urban materialism.

“People had only one standard of measuring quality of life back in the old days. As long as you were better off materially, they thought that life was better,” says Kim Sang-jin of Dulnyouk Publishing House, which has been printing a series of farming books since 1999, nearly 30 in all.

“But some people have started to care about other things such as balance of life and healthy foods,” says Kim. “They are more interested in what to eat and how to live well and it makes them end up living in the countryside.”

Farming was once considered menial labor and a job for those without a good formal education, but now it is increasingly seen as challenging and innovative work.

About a decade’s worth of books have been published since last year. Some give practical tips on gardening and others are like journals where a native Seoulite purchases a hanok, or traditional house, and adapts to a new life in Gyeongju, North Gyeongsang.

Some of the most popular books are stories of life on Jeju, the biggest island off the southern coast of Korea that is famous for its balmy weather and natural beauty.

Reading these books, almost anyone would develop an urge to escape the city, but writers agree people should be well-prepared and realistic.

“All the people I interviewed had something in common,” says author of “Smart Rural Life” Kwon Kyung-mi, “They knew what they wanted and studied a lot.”

Ahn Cheol-hwan, an official at the Nationwide Association of Returning to Rural Life, says, “We often say moving from city to countryside is even harder than moving abroad.”

“I hope many people would make a careful decision after reading many cases of people who settle down in countryside,” says Ahn whose main job is renting small vegetable gardens to those hoping to move to rural areas in the future.