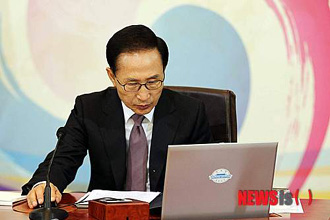 Officially, the South Korean government has said negotiations for a third inter-Korean summit failed because the two Koreas had different opinions on where it should take place and what should be discussed.

But the former official, who served the Lee administration in foreign and security affairs, told the JoongAng Ilbo Thursday that the real deal breaker was Pyongyang’s demand for half a billion dollars. 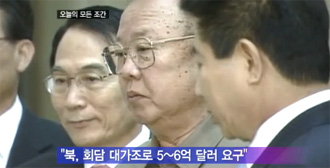 “At a secret meeting in November 2009, Kim Yang-gon, a director of the United Front Department at the Workers’ Party, demanded $500 million or $600 million, saying they needed the money ‘to create a mood for the summit,’?” the official said. “As soon as we started the negotiations, Kim brought a confidential MOU and told us to sign it.”

The official said the South Korean side had to turn the demand down.

“During the Roh Moo-hyun administration, a special probe was launched into the Kim Dae-jung government following an allegation that Kim had secretly transmitted $500 million to Pyongyang in return for the 2000 summit,” the official said.

“For that reason, the Lee administration couldn’t offer large sums of money for the talks,” the official said. “We put in a lot of effort for a third summit, and we felt really sorry it was scrapped.”

The official said that at a trilateral meeting between Korea, China and Japan in early October 2009, Chinese Premier Wen Jiabao delivered a message to Lee that North Korean leader Kim Jong-il “hopes to see President Lee.”

After that, the two Koreas ratcheted up efforts for a third summit. Yim Tae-hee, then the minister of employment and labor, had meetings with Kim Yang-gon in Singapore from Oct. 17 to 19 in 2009. A string of high-level officials had working-level meetings with North Korean officials.

Lee was eager to meet the North Korean leader at the time, the official said. His closest aides urged Lee to hold the third summit in the South. (The first two were held in Pyongyang.) But Lee allegedly told them, “The matter of North Korea’s nuclear armaments can be solved only if I go there in person and meet with Kim.”

After the negotiations failed, Lee repeatedly expressed his regret, the official recalled.

The JoongAng Ilbo tried to contact Hyun In-taek, who was unification minister at the time, but he was on a business trip abroad.

A Ministry of Unification official told the JoongAng Ilbo that the reason why the negotiation for the third summit failed was because of “Pyongyang’s excessive demands” but didn’t elaborate.