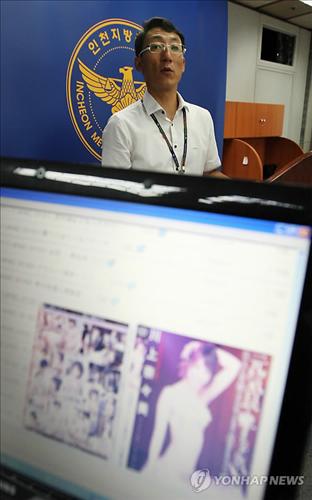 The government on Friday announced a set of measures aimed to eradicate pornography online, including blocking distribution channels and toughening crackdowns and punishment.

Under the envisioned plan, web hard-drive companies will be required to install anti-porn software on their Web sites prior to registering their business, and to operate it 24 hours a day, the Prime Minister's Office (PMO) said.

Intensive monitoring and crackdown on the firms will be conducted on a regular basis, with violators to face up to three years behind bars or fines of 150 million won (US$136,786), the PMO said.

To help teachers and parents better control their children regarding obscene materials, the government said it will come up with education programs and guiding manuals, along with launching awareness-raising campaigns.

"Coupled with tougher crackdowns and punishment, raising public awareness about how serious the problem is caused by obscene materials in order to root them out of our society," Prime Minister Kim Hwang-sik said, while presiding over the meeting on the issue. (Yonhap)