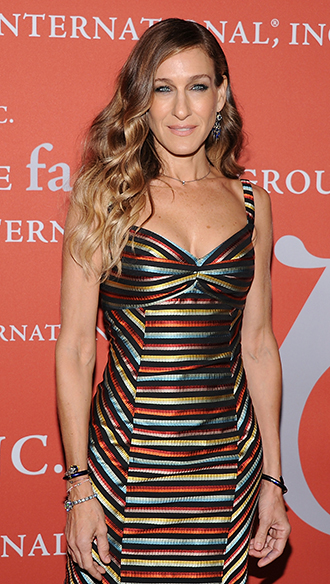 NEW YORK - Fashion may have been the focus of the Night of Stars gala in New York, but actress Sarah Jessica Parker was more interested in talking politics.

“I think there’s an enormous amount at stake, it concerns me,’’ said the “Sex and the City’’ star of the U.S. presidential election. She said she would be in “great despair’’ if President Barack Obama lost to Republican Mitt Romney in the Nov. 6 election.

Parker was at the downtown event to present the Lord & Taylor Fashion Oracle Award to designer L’wren Scott, a celebrity favorite and staple of the red carpet.

“Every event is memorable because of what she brings to it and the gift of these gorgeous gowns to help celebrate the occasions,’’ said Zellweger.

Actress Viola Davis presented Nicola Maramotti of Italian fashion house MaxMara with the night’s Heritage Award. But the Academy Award nominee said she is by no means a fashionista.