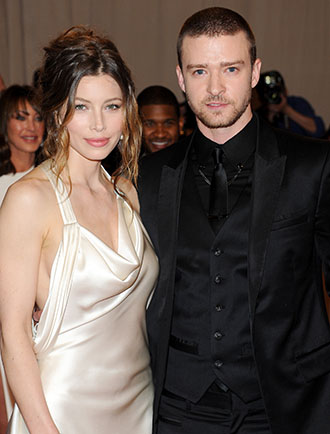 LOS ANGELES - Actor-singer Justin Timberlake apologized Friday for a “distasteful” video produced by a friend as a joke that critics blasted for making fun of homeless people.

The heartthrob actor posted an open letter on his Web site about the video, in which a string of homeless, transgender and others extended their best wishes for his wedding to actress Jessica Biel, in southern Italy.

“I had no knowledge of its existence. I had absolutely ZERO contribution to it,” he said of the video, whose makers according to the TMZ celebrity news Web site include his friend Justin Huchel.

“I think we can all agree that it was distasteful, even though that was not it’s intention,” he said.

The video, initially posted on the Gawker Web site, has a series of Los Angeles vagrants, street musicians and others talk to the camera, sending wishes to Timberlake and Biel for their recent Italian nuptials.

“Greetings from your Hollywood friends who just couldn’t make it,” says a caption at one point, followed by “Love Huch and Rachel.”

Timberlake wrote: “I don’t live my life making fun of people (unless, of course, I’m making fun of myself on [TV comedy show Saturday Night Live]) .?.?. Especially, those who are less fortunate or those in need.

“My friends are good people. This was clearly a lapse in judgment which I’m sure no one who is reading this is exempt from. But I don’t believe it was made to be insensitive. On behalf of my friends, family and associative knuckleheads, I am deeply sorry to anyone who was offended by the video.”

Timberlake, 31 - whose movie credits include 2010’s “The Social Network” and 2011’s “Friends with Benefits” - and Biel, 30, dated for five years before their wedding this month.

At the end of his open letter, Timberlake said: “Thank you for giving me the opportunity to share my thoughts. It really is a blessing to be able to speak directly to my true fans.”

He concluding by vowing to get his friend to “do at least 100 hours of community service.