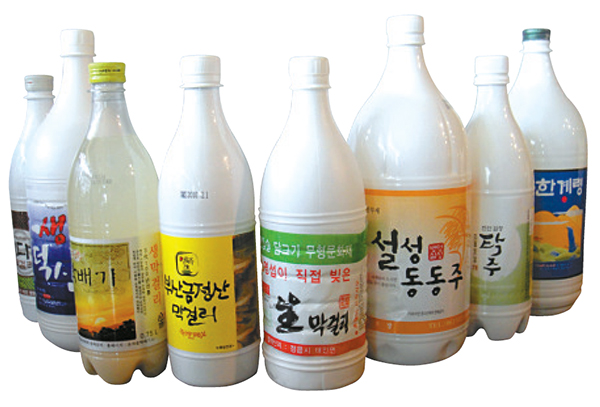 Korea exported a total of 21,743 tons of makgeolli during the January-September period, down 28.6 percent from the same time a year earlier, the data by the Korea Customs Service showed. The exports were estimated at $27.36 million, which also marked a 28 percent decline from a year earlier.

The decline comes amid chilled relations between Korea and Japan after President Lee Myung-bak visited the country’s easternmost islets of Dokdo in August, touching off a diplomatic conflict with Japan.

Dokdo, which lies closer to Korea in the body of water between the Korean Peninsula and Japan, has long been a thorn in relations between the two countries. Korea keeps a small police detachment on the islets, effectively controlling them.

Some experts also cited a growing trend among Japanese consumers to like non-alcoholic beverages as another reason why the demand for makgeolli has declined.

In contrast with a fall in makgeolli exports to Japan, imports of Japanese sake have increased over the same cited period, the data showed.