From left: A container from the 19th, A 19th-century cupboard Provided by Gallery Hyundai


What are some of the items that best embody traditional Korean beauty?

Wooden furniture is one of them, many art historians agree.

For instance, Korea’s renowned art historian Choi Sunu (1916-84) once described it as: “The moderate proportion, simple yet pleasant compartmentalization, and functional and creative forms of wooden furniture from the Joseon Dynasty [1392-1910] are some of the characteristics of Korean aesthetics.”

While much of Korea’s mass-produced furniture today seems to suffer from an identity crisis and tries to emulate Western styles, why not go entirely traditional and opt for wooden furniture?

A number of exhibitions are under way in Seoul and nearby cities that are dedicated to showcasing the beauty of Korea’s traditional wooden furniture, which ranges from humble and modest pieces with no decoration to pieces that are fancy and avant-garde with metal decorations.

First up is “Yang Eui-sook’s Antique Stories” at Gallery Hyundai in Jongno District, central Seoul. The 66-year-old Jeju native is a famous expert on Korea’s artifacts, especially folk goods, and well known as an appraiser on a television show where people can have their antiques evaluated.


The exhibition contains about 80 items from Yang’s own collection, and it consists of two parts. The first is all about furniture and its functions, while the second part concerns pieces with particular histories and intriguing stories.

For instance, one notable display in the first part contains pieces of the sarangbang area, the part of a hanok, traditional Korean house, that was used as a guest room or men’s study.

“Pieces that went in the sarangbang often had simple forms and narrow widths, giving a sophisticated look,” the gallery said in a press release. “Also, they used either pine or paulownia trees, which have a modest and frugal feel.” These pieces, curators add, reflect the Joseon elites’ abstinent values and aesthetic preference.

In the second part, the most eye-catching item is a three-level Jeju-style cupboard from the 19th century of the Joseon Dynasty.

Yang says she discovered it at an antique store in Jeju 10 years ago and bought it immediately.

Jeju cupboards are called sallae in the Jeju dialect, and they are known for highlighting a natural, coarse feel, which historians say symbolizes the barren environment and chronic poverty that people of Jeju endured for centuries.

Northeast of Gallery Hyundai in the quiet Seongbuk-dong neighborhood is the 80-year-old hanok of Choi Sunu. Since 2004, the Cultural Heritage Foundation, National Trust of Korea, a nonprofit organization dedicated to the preservation of Korea’s cultural heritage, has been holding concerts, lectures and exhibitions there. 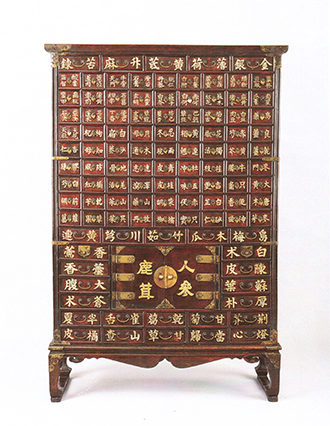 Choi is known to have been particularly attracted to wooden furniture. While he was the director at the National Museum of Korea between 1974 and 1984, he decorated the VIP room of the museum with traditional Korean wooden furniture that he selected himself.

What sets this exhibition apart is the fact that visitors will get to enjoy furniture in the hanok of Choi Sunu, a 395-square-meter (4,250-square-foot) structure designated Korea’s Registered Cultural Property No. 268. One highlight is how officials recreated the sarangbang as it was when Choi lived there.

Meanwhile, south of Seoul at the Gyeonggi Provincial Museum in Giheung in Yongin, Gyeonggi, an exhibition dubbed “Traditional Gyeonggi-style Furniture” is currently under way. The museum has selected 90 pieces that best represent the furniture of the region.

“We wanted to show pieces that best embody the color and characteristics of Gyeonggi and shed light on the lifestyle and cultural identity of the region,” said Lee So-hee, one of the curators at the museum.

The exhibition is divided into five parts: furniture of the sarangbang, pieces from the living room, chests and containers, furniture related to rituals, and kitchen items.